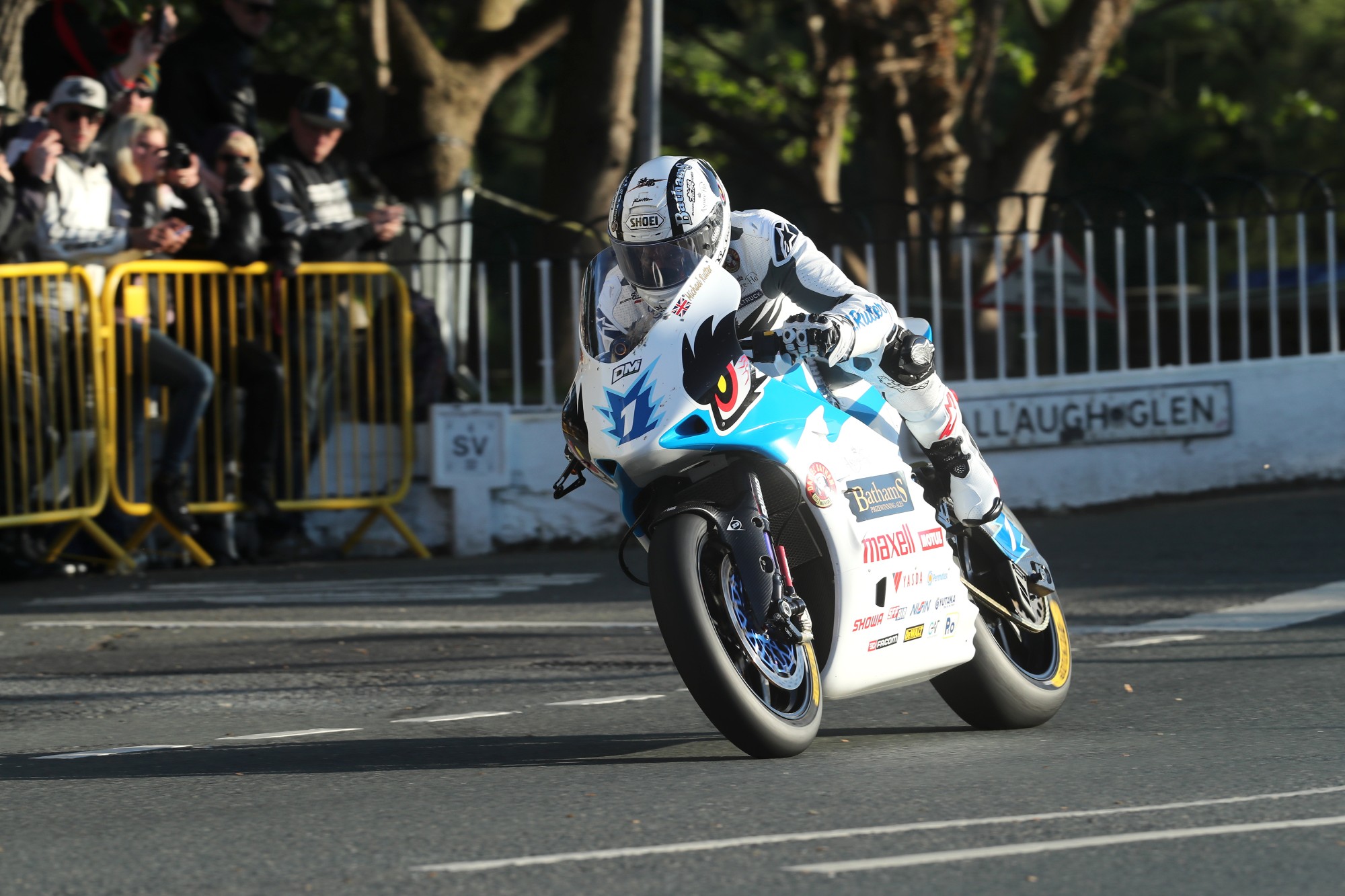 Celebrating its 10th year this year, the TT Zero Race lap record has gone from an average speed of 96.82mph set by Mark Miller in the inaugural TT Zero Race, to Rutter’s new time of 121.909mph, just under a second inside his old record set last year.

The race has been dominated in recent years by the Mugen team, with John McGuinness, Michael Rutter and Bruce Anstey all winning races for the Japanese-based factory team and today’s win for Rutter’s – his fifth in the class -also extended his record of winning every TT Zero Race that he has participated in. He was also the first rider to break the prestigious 100mph mark for an electric bike in 2012.

Rutter was never headed in the race and his lead was over 4 seconds at the opening timing point at Glen Helen from Bathams Mugen teammate John McGuinness. Davey Todd, who replaced his Penz13.com teammate Daley Mathison – who was so tragically killed in the Superbike race earlier in the week – on the Nottingham University bike, was in third but was already almost eleven seconds off the leaders pace. Wales’s Ian Lougher and South African Allann Venter (Brunel University) completed the top five.

McGuinness closed the gap to just over three seconds at Ballaugh and set the fastest time through the Sulby speed trap – a remarkable 176.14 to Rutter’s 173.86 with Todd also flying through Sulby straight with 160.16 – all three times testament to the progress that these electric bikes have made.

However, Rutter again improved his lead back up to almost five seconds by the third check point at Ramsey Hairpin. By the Bungalow the main question on everyone’s lips was whether Rutter could break his own lap record and he answered the question at the Grandstand with a new lap record.

McGuinness comfortably held on to second place at the chequered flag but with Davey Todd stopping after Ramsey, Ian Lougher moved into the final podium place and duly came home in third with an average lap speed of 102.690mph.

With Todd retiring, it was left to Allann Venter to give Brunel University the honour of being the leading University. The Duffy Motorsport pair – Mike Norbury and Shaun Anderson were next home with 83.289 and 72.026 respectively. Matthew Rees, representing the University of Bath, was the final finisher.