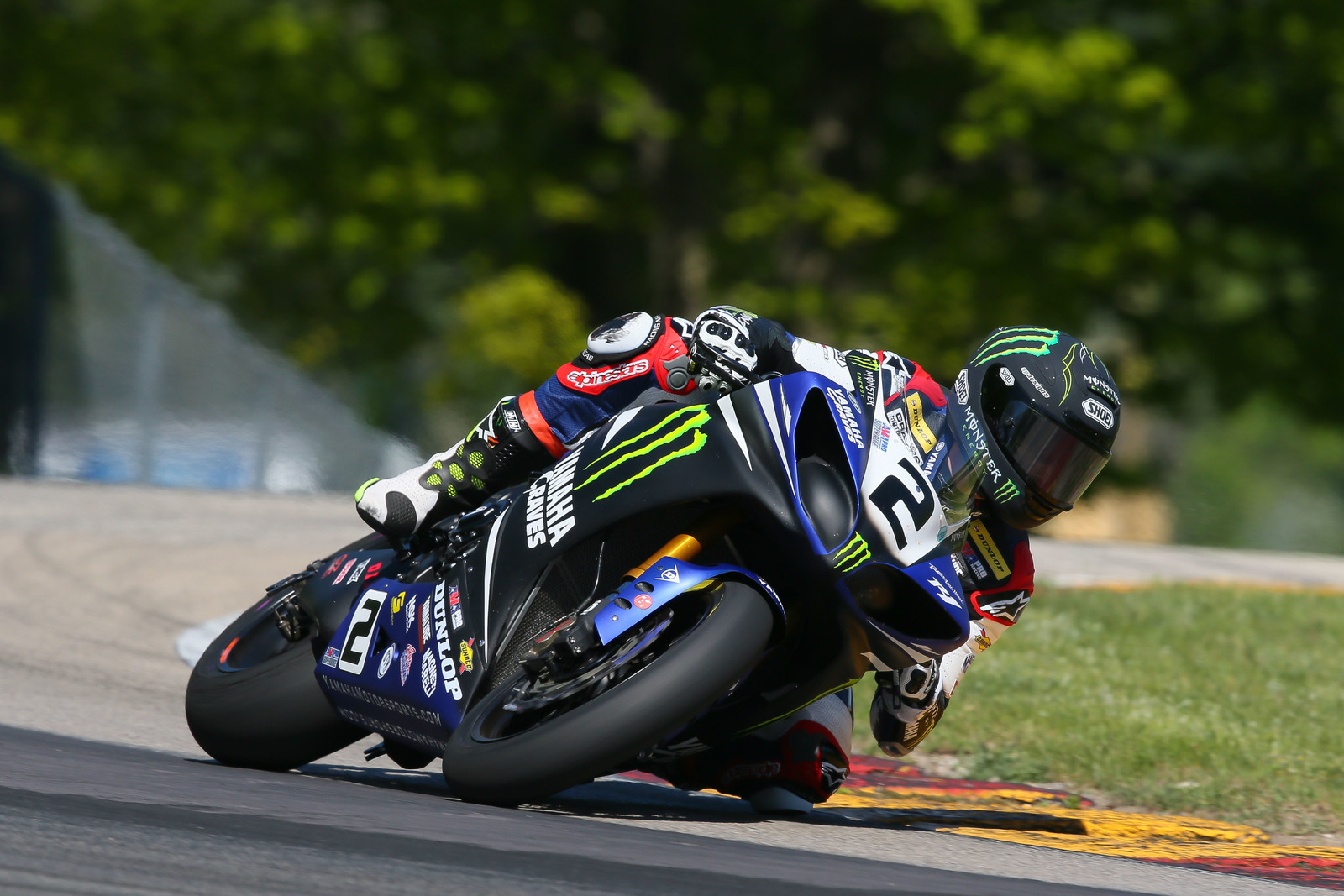 Nicky Hayden, the 2006 MotoGP World Champion and current rider for the DRIVE M7 Aspar Honda team, was recently asked in an interview posted on the official websites of MotoGP and MotoAmerica who he considered to be a likely candidate to follow in his footsteps and potentially achieve World Championship success.

“Cameron Beaubier really showed a lot last year,” said Hayden, referring to Beaubier’s rookie AMA Pro Superbike season in 2014, when he won three races and finished on the podium four other times and placed third in the final standings.

After standing out with race wins in the Red Bull MotoGP Rookies Cup in 2007 and being invited to train at the Red Bull Academy in Spain in 2008, Beaubier was signed to the factory Red Bull KTM 125cc World Championship team for the 2009 season. The only problems were that Beaubier was riding an updated 2007 KTM against Aprilia’s latest and greatest racebikes and his teammate was future World Champion Marc Marquez.

“When he first went to Europe, it didn’t work out great,” said Hayden. “I don’t think being teammates with Marc Marquez was so easy, as we now see. Maybe Cameron was doing better than people realized, but they were comparing him to Marquez. That was tough. Certainly, he’s smooth and looks to be a quick learner.”

In spite of matching Marquez’s lap times during some races and scoring Championship points in races twice in 2009, Beaubier wasn’t able to secure a ride in the World Championships or in Europe for 2010 unless he provided his own sponsorship. So Beaubier returned to America and proceeded to start his career over again in 2010, while Marquez switched to a Derbi-branded Aprilia and won the 2010 FIM 125cc GP World Championship.

Beaubier quickly earned notoriety in America with his work ethic, professionalism, ability to learn quickly, his racecraft and especially his outright speed. He went on to win the 2013 AMA Pro Daytona Sportbike Championship (by winning every race except one) and to have a successful rookie Superbike season in 2014. But even with more top finishes in MotoAmerica Superbike the Californian may find it tough to get an opportunity in the World Championships.

Let’s face it, the legacy left in the Moto2 World Championship by 2013 AMA Pro Superbike Champion Josh Herrin and the now-defunct Caterham Moto2 team definitely did nothing to help the chances of American riders moving up to International competition.

The timing and other factors, however, may work in Beaubier’s favor. Yamaha Motor Europe recently stated it is preparing to re-enter the FIM Superbike World Championship as early as 2016. If the 22-year-old has another strong season in America while riding the all-new Yamaha YZF-R1, the powers that be at Yamaha may decide that his success on their Superbike combined with his previous international racing experience may make him a good candidate for a ride. And the last time that Yamaha hired an American to go World Superbike racing it turned out pretty well with Ben Spies winning 14 of 28 races and the 2009 Superbike World Championship – Yamaha’s first and only Superbike World Championship.

“I would love that opportunity,” Beaubier told Roadracingworld.com. “That would be awesome, but I’m going to try to focus on this year and make sure I do good and put myself in a situation where I could get an opportunity like that. I think Keith [McCarty, Yamaha Motor Corp., U.S.A. Motorsports Racing Division Manager] is thinking about me and trying to come up with a plan for me. I don’t know if it’s for me to stay here or go over there or what. I know he’s looking out for me, but that would be totally cool. I’m just really excited that my name is getting thrown around out there. That’s definitely where I would like to be. World Superbike seems to be pretty cool and laid back. And with this new R1 it would be crazy competitive. If I got the opportunity to go over there with Yamaha I might be able to do pretty good. Who knows?”

ASRA/CCS Race Of Champions: More From The Races At Daytona