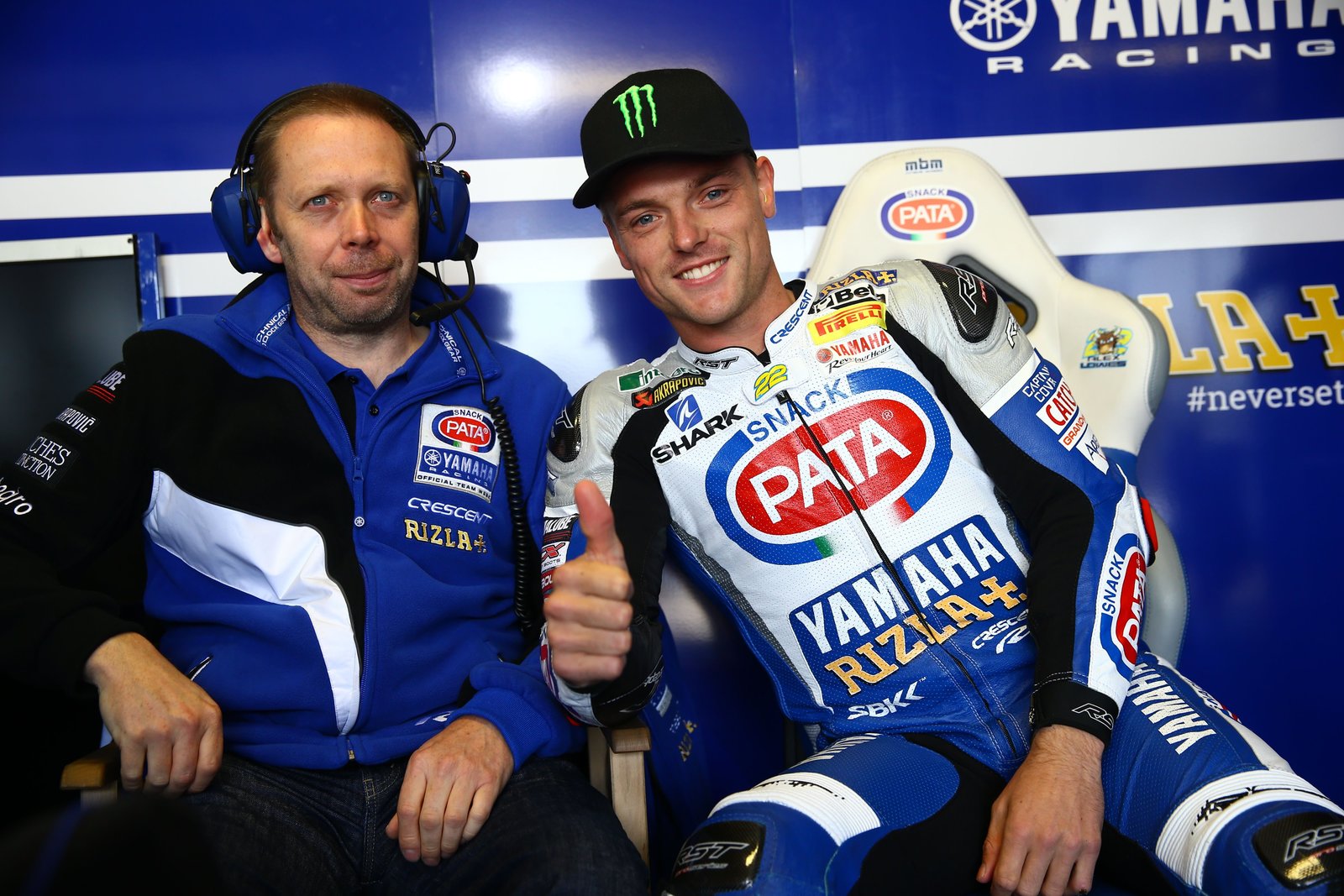 Alex Lowes’ right hand man at the track is Ian Prestwood. A Crew Chief for the past five years, the Lincoln-based technician, who has been a motorcycle mechanic since 1990, was alongside Lowes for his title-winning year in the British Superbike Championship – a series he had, until now, spent the majority of his career in. The start of 2016 saw Prestwood introduced to the MOTUL FIM Superbike World Championship as he reaffirmed the successful partnership, once again joining Lowes as he moved to the Pata Yamaha Official WorldSBK Team. With nine race weekends now under his ‘rookie’ belt, Yamaha Racing caught up with him to find out how his debut season was going on the world stage.

Ian, it may only be the middle of July but 2016 has already seen nine rounds of competition and 18 races with Lowes and the Pata Yamaha WorldSBK Team. How are you finding the Superbike World Championship in your debut year?

“After six months of competition, nine since we first began testing, it is much more normal for me now, but it was definitely a change from previous seasons. Working with a bigger team was probably the biggest adjustment, as we have 20 permanent members of staff that travel to every round, with additional support from Yamaha Motor Europe or the factory staff in Japan throughout the season. I am also enjoying the travel and seeing new racetracks.”

As Crew Chief to Alex Lowes in the Pata Yamaha Official WorldSBK Team, what are your main roles and responsibilities?

“My main role is to work directly with Alex, and with all other technical staff, to achieve the best performance possible from both him and the YZF-R1. Using input from the Pata Yamaha technical staff I am responsible for the final settings in all areas of the bike throughout the race weekends and during testing sessions.”

You have previously worked with Lowes during his BSB title winning season, what differences have you seen on the world stage, in terms of rider, championship, pressures and performance?

“The level of competition is certainly much higher in the WorldSBK Championship. All the riders are very strong and the depth of field is much higher than BSB, Alex has adapted to that and is improving his own talent and skill-set accordingly.”

What are his main strengths?

“Alex’s main strengths are his determination to succeed, his ability to get the most from his bike and his natural talent for riding.”

How has the WorldSBK-spec YZF-R1 developed throughout its first half season?

“The chassis has evolved a lot over the first part of the season and is starting to settle into a good working area, especially since Misano. The electronics are also an area of constant development and where we have found some good improvements recently.”

The Pata Yamaha team has two tests organised in the coming months, what are your specific plans for the #22 bike and what will the overall team be working on?

“We have some chassis items to test and also some electronic developments. We will also be working on a base setting for these tracks to improve our performance when we arrive there for the race weekend. One of the main challenges we have faced this year is the lack of data at each new circuit as this is the first year the WorldSBK-spec YZF-R1 has competed, so to have the opportunity to test at both Lausitzring and Magny-Cours before the official races is really important to us.”

The championship is currently on a summer break, what are your aims and expectations when the racing returns in September for the final four rounds?

“The aim is to continue improving the YZF-R1 in the way we have been, to continually develop the package to give us, and Alex, the best result possible.”

Prestwood and Lowes will reunite at Germany’s Lausitzring EuroSpeedway on Wednesday 17th August for the first of two days of WorldSBK testing at the championship’s new track, ahead of its returning race event scheduled for 16-18 September.