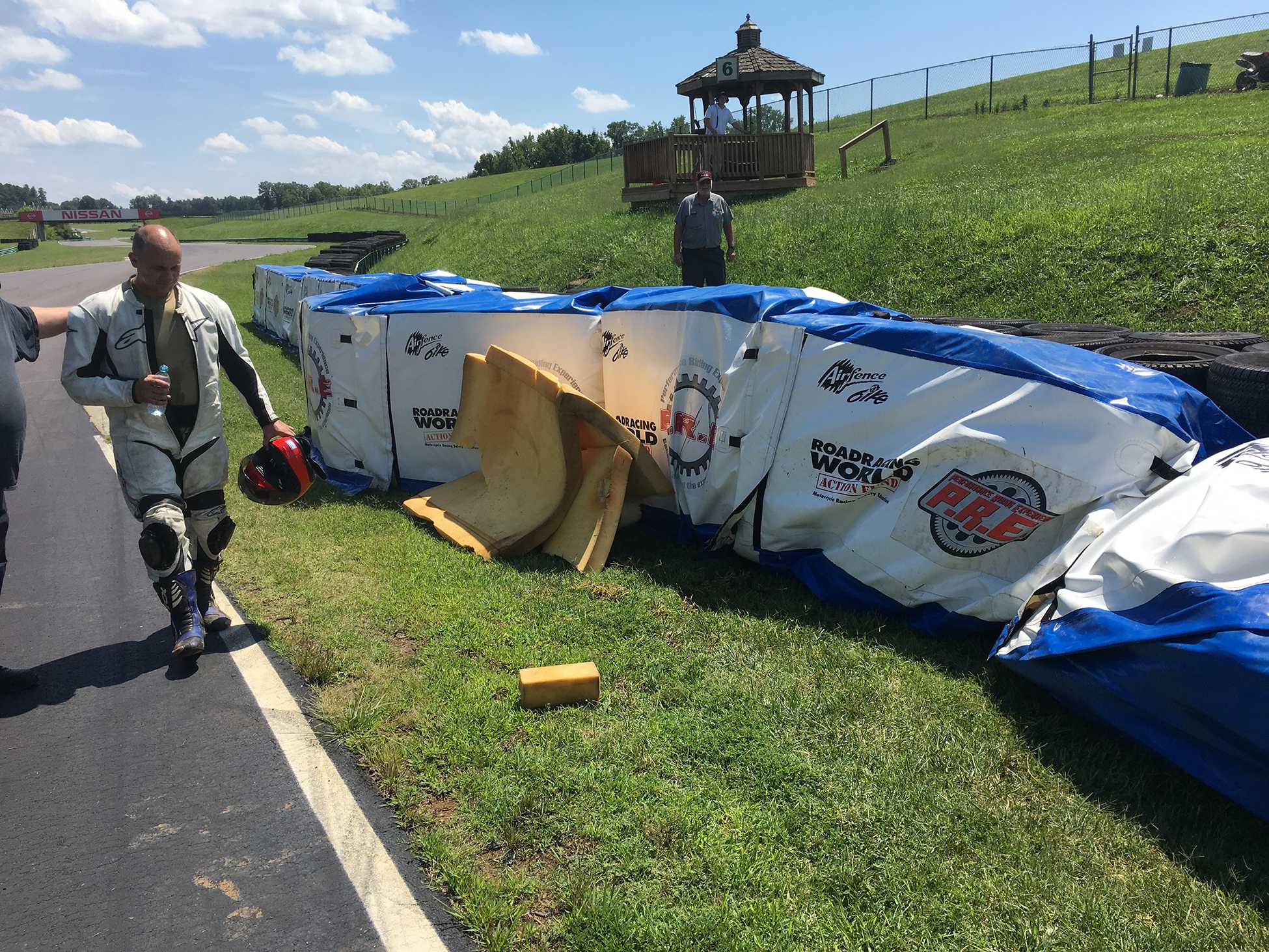 Airfence Safety Systems was founded by Andy Coffey in 1991 in Australia, where all operations of the company and manufacturing took place. Later, manufacturing of Coffey’s patented, FIM-homologated soft barriers moved to a separate company Coffey established in South Korea, and both Airfence companies were run by Coffey, who also traveled the world doing sales and support.

Now, as Coffey is approaching retirement age and slowing down, he has agreed to transfer the bulk of Airfence Safety Systems operations to Impact Barrier LLC, according to Spellman.

“Andy’s 68 years old,” Spellman told Roadracingworld.com. “He isn’t going to come to the U.S. much anymore. He’s still dealing with Airfence in Australia and New Zealand, just because it’s easier logistically for him to do that, [but running the entire company is] too much for him to do anymore. It’s just too many emails, too many phone calls. Moving forward as time goes on it will be a complete transition, but as for now, we are going to be the eyes and ears of [Airfence Safety Systems]. He’s more of a silent partner in it, for now, to basically oversee the transition of it.”

Spellman said customers in Australia and New Zealand should still contact Airfence Safety Systems directly (www.airfence.com), but customers from any other part of the world, especially the U.S., should contact Impact Barrier in Ashland, Virginia, at (702) 602-4660, via email at [email protected] or at www.impactbarrier.com.

Impact Barrier is currently catching up on unanswered emails and unfulfilled orders sent to Airfence’s previous representative in the U.S. (who is no longer working with Airfence), said Spellman. At the same time, Impact Barrier is stocking up with all Airfence products, including repair and replacement parts, in preparation for the 2019 season while preparing to manufacture all Airfence products – to their original specifications.

Spellman says he hopes that by manufacturing Airfence products in the U.S. it will shorten the time it takes to fulfill orders, will lower the cost of the products through the elimination of import duties and the reduction of shipping costs, and will lead to more widespread use of soft barriers in this country.

“This whole thing was to make it easier for people in the States to get Airfence,” said Spellman. “We’re going to make it happen.”

Leinhard said Impact Barrier will also continue to work with and supply soft barriers to the not-for-profit Roadracing World Action Fund (RWAF)–which works to improve rider safety at racetracks by buying and deploying soft barriers–as needed, building on a 17-year working relationship between RWAF and Airfence.

“We’re proud of the part Airfence has played in improving rider safety by working with RWAF,” said Leinhard, “and we are really looking forward to continuing that important relationship while also providing sales and services to racetracks and organizations that wish to buy and deploy or repair existing sections of Airfence inflatable and non-inflatable self-supporting soft barriers.”

For more information on the Roadracing World Action Fund, a 501(c)3 non-profit, please go to www.roadracingworld.com/actionfund/.