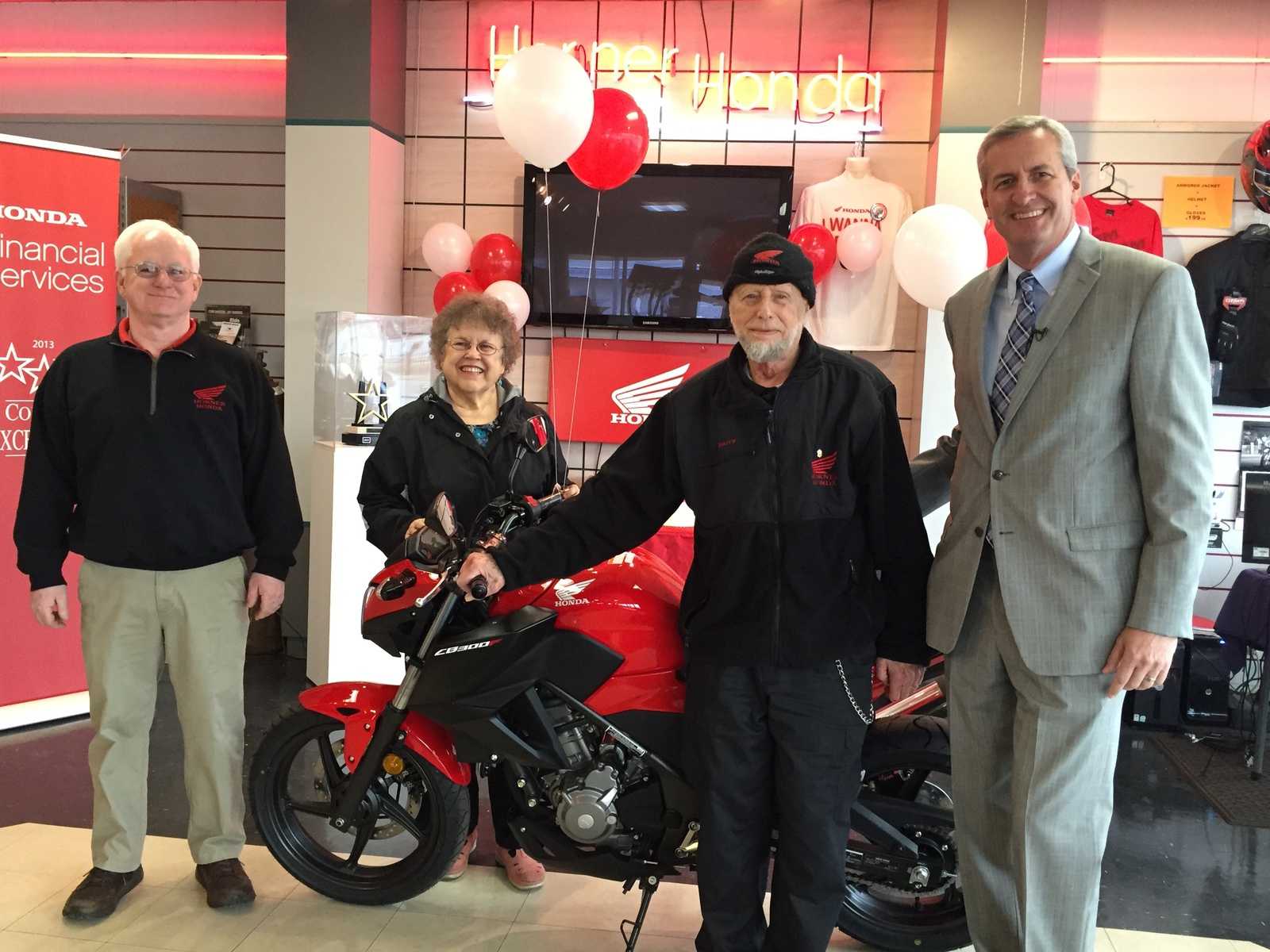 Over the years, Adler has owned a wide variety of Honda models, including a Helix scooter, Grom, CRF230M, CBR250R, VT600CD, VTX1300 and VTX1800C. Forty-eight of his motorcycles were purchased from Horner Honda, 38 through Honda Financial Services. Including his new CB300F, Adler currently owns eight Honda motorcycles, as well as two Honda generators.

“Over the years, my number-one form of recreation has been motorcycle riding, and based on my experience, Honda is the best,” said Adler, who has ridden motorcycles since 1963. “They make a great product, and the people that represent the company are wonderful. The dealers that I’ve been in contact with over the years have always been very responsive and taken really good care of me, especially Horner Honda, which I’ve used for the last 20 years. The CB300F was sort of the one bike that I was missing in my portfolio, and this gift was quite a surprise. I look forward to riding the bike.”

“It’s rare that a company gets the chance to honor an outstanding customer like Harry Adler, who’s shown unsurpassed loyalty,” David W. Paul said. “We’re thrilled to be able to recognize Harry’s longstanding commitment to both the Honda brand and Honda Financial Services. It’s truly a pleasure for us to be able to present Harry with his 55th motorcycle, a new Honda CB300F. We hope his new bike brings him years of riding pleasure and adds to the enjoyment Honda products have already given him over the years. We love having Harry as part of the Honda family.”