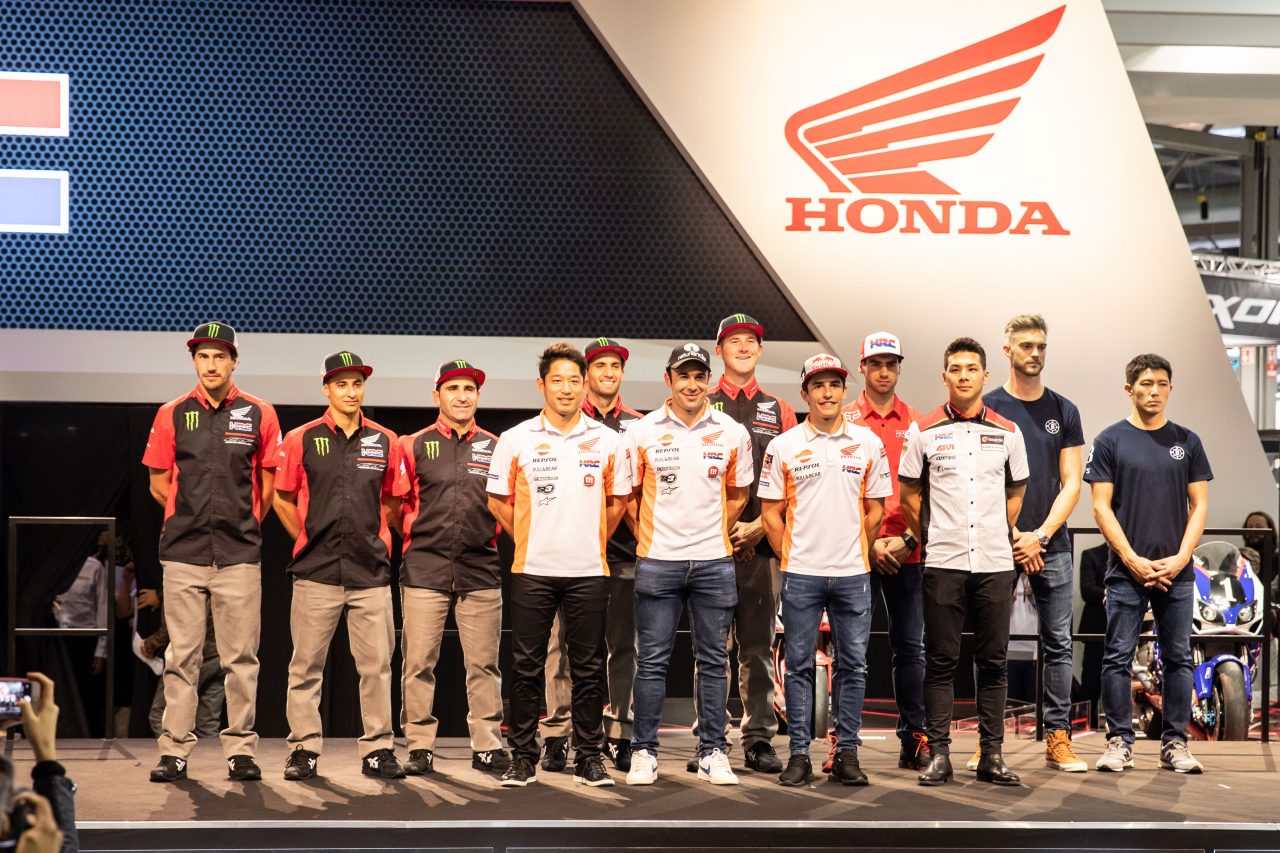 On November 6, 2018, Honda announced plans for its participation in motorcycle motorsports world championship racing activities for the 2019 season, at EICMA 2018 in Milan, Italy.

In 2019, Honda will continue to compete in the premier classes of motorcycle road racing, Motocross and Trial world championships and the Dakar Rally 2019, with Honda Racing Corporation (HRC) factory teams (*1) aiming to win the titles in each category.

In the FIM Trial World Championship Series TrialGP class, twelve-time consecutive winner Toni Bou and Takahisa Fujinami in his 24th year in the championship will once again race for Repsol Honda Team.

In addition to Honda’s factory teams, major Honda teams will compete in major world championships in 2019.

In the FIM Superbike World Championship Series, HRC will support the team operated by Althea Racing and Moriwaki Engineering with Leon Camier and Ryuichi Kiyonari as their riders.

Racing is Honda’s driving force, and through competing in various races, hones its technologies and its people. The racing spirit and technologies gained are part of many Honda products. Honda will continue to realise “The Power of Dreams” with its customers, in its products, services and racing activities.