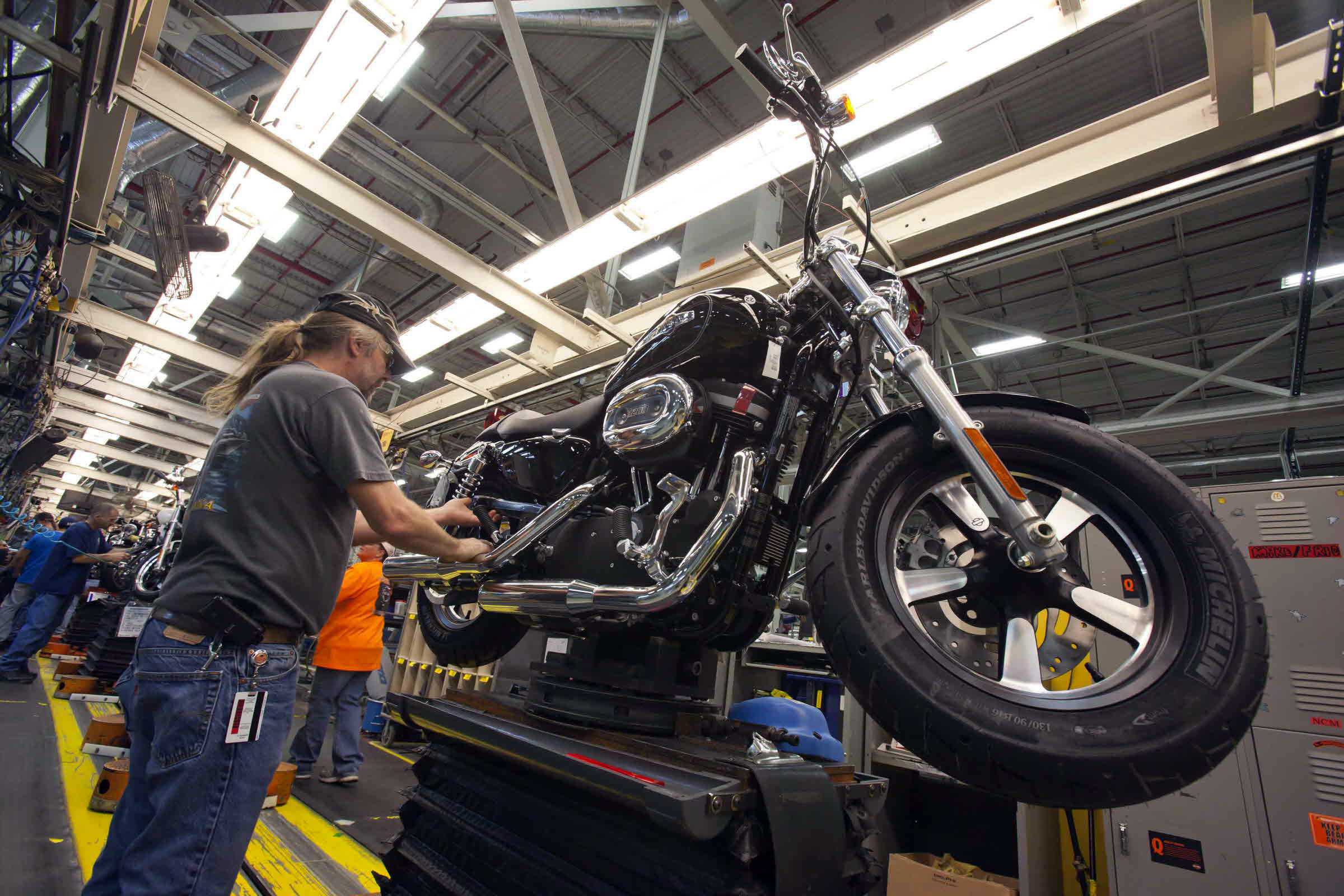 “Our actions to address the current environment through disciplined supply and cost management position us well as we drive to achieve our long-term objectives to build the next generation of Harley-Davidson riders globally,” said Matt Levatich, president and chief executive officer, Harley-Davidson, Inc. “We finished 2017 with over 32,000 more Harley-Davidson riders in the U.S. than one year ago, and we delivered another year of strong cash generation and cash returns to our shareholders.”

As the company executed against its long-term objective to build the next generation of Harley-Davidson riders globally, 57 new international dealer points were added in 2017, and U.S. dealers trained more than 62,000 riders through the Harley-Davidson Riding Academy. The company also maintained its number one 601+cc motorcycle market share position in countries including the U.S., Canada, Japan, Australia and India for 2017.

The company also launched its model year 2018 lineup of motorcycles, featuring the all-new, highly-acclaimed Softail® motorcycles featuring the powerful Milwaukee-Eight® engine. Harley-Davidson remains fully committed to investing in product development to inspire new riders through redefining its product in traditional spaces and expanding into new spaces. The company is on target to launch its first electric motorcycle within 18 months. Today, the company announces it will invest more aggressively to lead in the application of electric motorcycle technology to inspire ridership among a new audience.

Harley-Davidson plans to further improve its manufacturing operations and cost structure by commencing a multi-year manufacturing optimization initiative anchored by the consolidation of its motorcycle assembly plant in Kansas City, Mo. into its plant in York, Pa. The company expects to incur restructuring and other consolidation costs of $170 to $200 million and capital investment of approximately $75 million over the next two years and expects ongoing annual cash savings of $65 to $75 million after 2020.

“The decision to consolidate our final assembly plants was made after very careful consideration of our manufacturing footprint and the appropriate capacity given the current business environment. Our Kansas City assembly operations will leave a legacy of safety, quality, collaboration and manufacturing leadership,” stated Levatich.

Fourth quarter revenue from motorcycles and related products was up versus the prior year behind higher motorcycle shipments. Operating margin as a percent of revenue increased in the quarter compared to the same period in 2016.

Financial services operating income increased 5.9 percent in the fourth quarter compared to the year ago period.

For 2017, Harley-Davidson’s effective tax rate was 39.6 percent compared to 32.4 percent in the prior year. The increased tax rate was largely due to the impact of the write-down of deferred tax assets related to the 2017 Tax Cuts and Jobs Act.

The Company expects its 2018 full-year effective tax rate to be approximately 23.5 to 25.0 percent, down considerably behind the expected benefit of the new tax legislation.

Cash and marketable securities were $687.5 million at the end of 2017, compared to $765.5 million at the end of 2016. Harley-Davidson generated $1.01 billion of cash from operating activities in 2017 compared to $1.17 billion in 2016. On a discretionary basis, Harley-Davidson repurchased 8.7 million shares of its common stock at a cost of $456.1 million during 2017. During the fourth quarter of 2017, 169.2 million weighted-average diluted common shares were outstanding. At the end of 2017, 10.6 million shares remained on a board-approved share repurchase authorization.

Harley-Davidson expects full-year 2018 operating margin as a percent of revenue to be approximately 9.5 to 10.5 percent including manufacturing optimization costs of $120 to $140 million.

Harley-Davidson will discuss fourth quarter and full-year 2017 results on a webcast at 8:00 a.m. CT today. The webcast login and supporting slides can be accessed at http://investor.harley-davidson.com/news-and-events/events-and-presentations. The audio will be posted by approximately 10:00 a.m. CT.

The company’s ability to meet the targets and expectations noted depends upon, among other factors, the company’s ability to (i) execute its business strategy, (ii) execute its strategy of growing ridership, globally, (iii) effectively execute its manufacturing optimization initiative within expected costs and timing, (iv) develop and introduce products, services and experiences that are successful in the marketplace, (v) manage the impact that prices for and supply of used motorcycles may have on its business, including on retail sales of new motorcycles, (vi) balance production volumes for its new motorcycles with consumer demand, including in circumstances where competitors may be supplying new motorcycles to the market in excess of demand at reduced prices, (vii) manage through changes in general economic and business conditions, including changing capital, credit and retail markets, and the changing political environment, (viii) manage risks that arise through expanding international manufacturing, operations and sales, (ix) successfully execute the company’s manufacturing strategy, including its flexible production strategy, (x) prevent and detect any issues with its motorcycles or any associated manufacturing processes to avoid delays in new model launches, recall campaigns, regulatory agency investigations, increased warranty costs or litigation and adverse effects on its reputation and brand strength, and carry out any product programs or recalls within expected costs and timing, (xi) continue to manage the relationships and agreements that the company has with its labor unions to help drive long-term competitiveness, (xii) accurately estimate and adjust to fluctuations in foreign currency exchange rates, interest rates and commodity prices, (xiii) manage the credit quality, the loan servicing and collection activities, and the recovery rates of HDFS’ loan portfolio, (xiv) retain and attract talented employees, (xv) prevent a cybersecurity breach involving consumer, employee, dealer, supplier, or company data and respond to evolving regulatory requirements regarding data security, (xvi) continue to develop the capabilities of its distributors and dealers and manage the risks that its independent dealers may have difficulty obtaining capital and managing through changing economic conditions and consumer demand, (xvii) adjust to tax reform, healthcare inflation and reform and pension reform, and successfully estimate the impact of any such reform on the company’s business, (xviii) manage through the effects inconsistent and unpredictable weather patterns may have on retail sales of motorcycles, (xix) manage supply chain issues, including quality issues and any unexpected interruptions or price increases caused by raw material shortages or natural disasters, (xx) implement and manage enterprise-wide information technology systems, including systems at its manufacturing facilities, (xxi) manage changes and prepare for requirements in legislative and regulatory environments for its products, services and operations, (xxii) manage its exposure to product liability claims and commercial or contractual disputes, and (xxiii) successfully access the capital and/or credit markets on terms (including interest rates) that are acceptable to the company and within its expectations.

In addition, the company could experience delays or disruptions in its operations as a result of work stoppages, strikes, natural causes, terrorism or other factors. Other factors are described in risk factors that the company has disclosed in documents previously filed with the Securities and Exchange Commission.