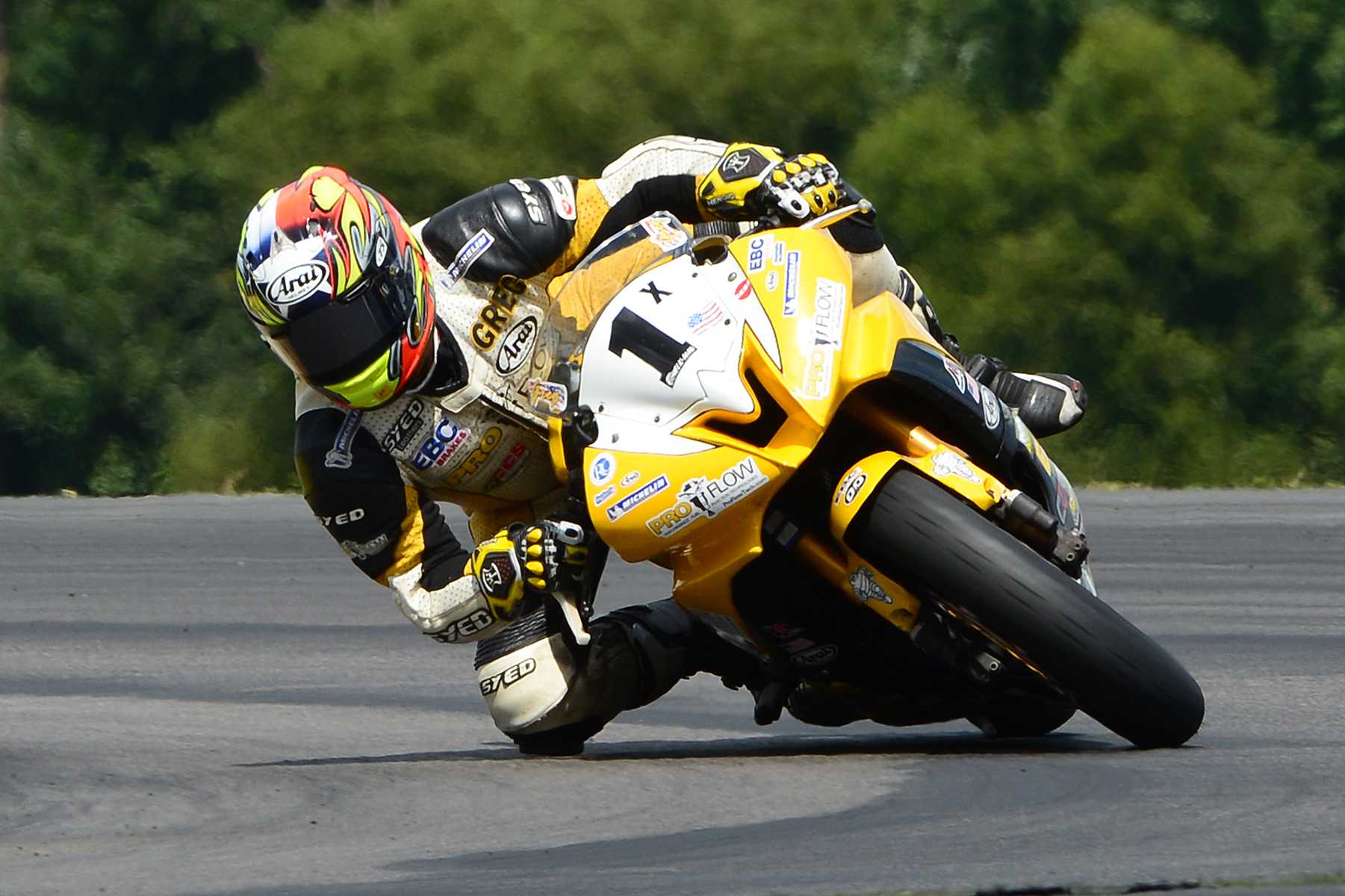 Greg Melka wrapped up the VIR End of Summer Cyclefest as the overall expert points leader in both the Southeast and Mid-Atlantic regions of the Championship Cup Series and will continue to don the number one plate in the 2018 season. He finished the 2017 season with a whopping ten class championships in the two regions after winning another four races at the event.

Geoff May dominated the unlimited classes, winning the hotly contested GTO, Unlimited Superbike and Unlimited Grand Prix races. May had to fight his way to the front of the Unlimited Grand Prix race on his Kawasaki ZX-10R, chasing down early race leader Tyler Smathers’ Yamaha YZF-R1. May was able to work his way through traffic to take over the lead and never looked back. May finished first with Smathers, Ricky O’Hare, Greg Ludt, and Anthony Giangrasso rounding off the top five.

The weekend event, which was the season finale for the Mid-Atlantic and Southeast regions of CCS, also featured the AMA Sanctioned ASRA Team Challenge Series presented by Michelin Tire, in which 12 teams came together with a combination of three classes to compete in an 89 lap endurance race. Team Bubblegum Racing led the field from start to finish and was the only team to complete all 89 laps of the 3 hour timed race. The Bubblegum Racing Kawasaki ZX-10R was piloted by Xavier Zayat and O’Hare for this event. Zayat started and ended the race with O’Hare on board midway through.

Zayat had nailed the lead from the green flag and immediately began to open a gap on the rest of the field as he worked his way through the course and methodically began lapping other teams. When O’Hare took over, the team was well ahead and swapped riders one more time to complete all 89 laps in less than two and a half hours, well under the time limit, as both the Overall and GTO class race winner.

On the podium, Zayat stated, “Firstly, I’d like to thank Mr. Fontinopoulos. He’s let me ride his bike a few times here and it’s been nothing but fun. It’s such a fast bike and such a well built bike and I really appreciate that he was letting me have this opportunity. Me and Ricky you know, we exchanged tips over the weekend and we just helped each other go faster and faster, and learn the new bike, I think we’re starting to get used to it, and I really can’t thank Jimmy enough for letting us use the bike. And, also Mike Faillace was able to come out this round and help us out with the suspension and I think that was a big help for me. Also, Pirelli tires and Livengood for building, well it’s actually stock tuning of the bike. “

O’Hare said, “Thank you to Jimmy for giving me the opportunity to trust us enough to give up his seat, Pirelli Tires, everybody CCS, cornerworkers staff appreciate everybody for letting us come out here and do this.”

The final ASRA Team Challenge race of the season will take place at Daytona International Speedway during the 34th annual CCS Race of Champions event October 20-22. For lap times, points standings, full results, and additional information on past and future events, please go to: www.ccsracing.us.