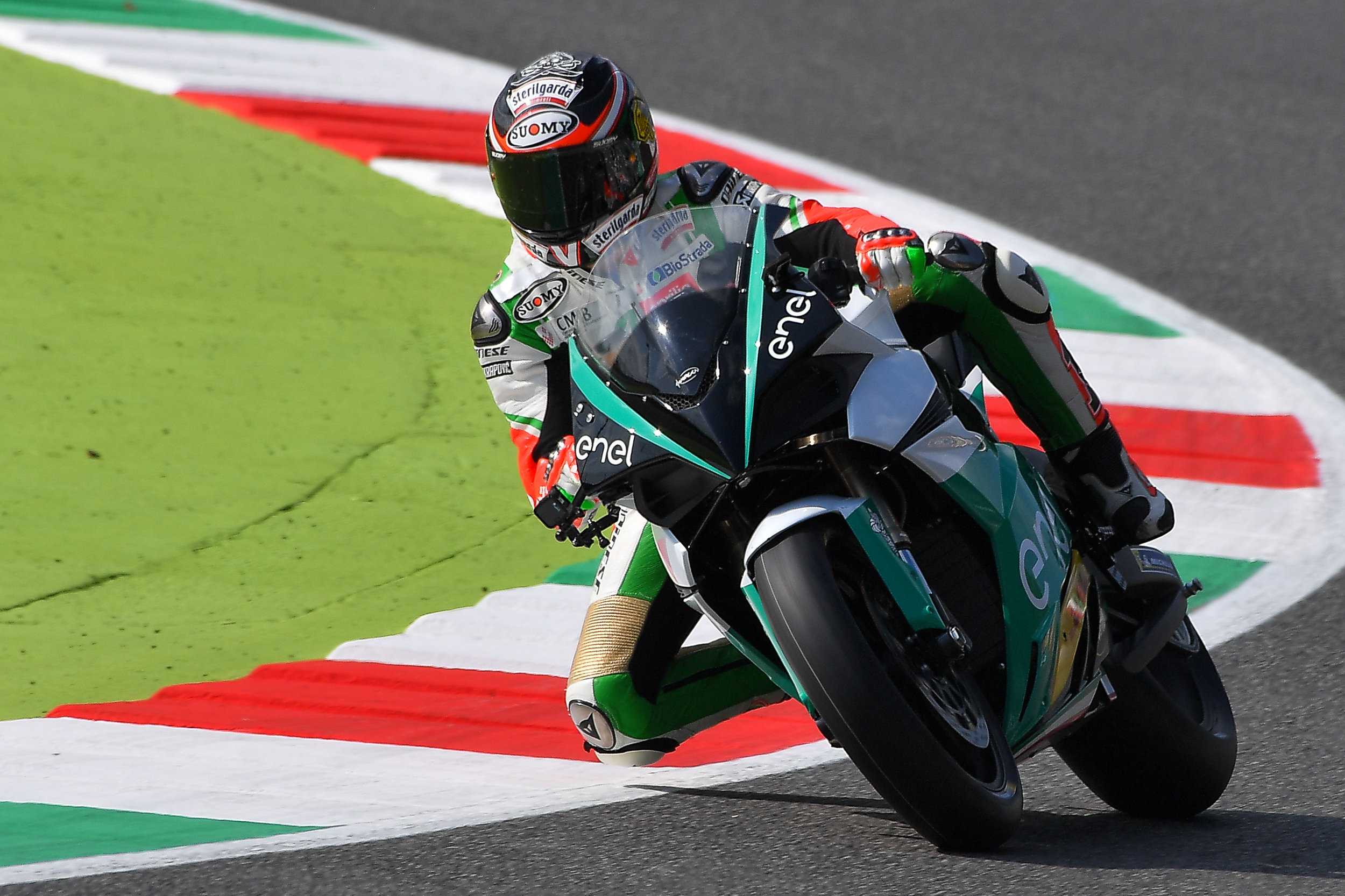 More foundations laid for the debut of the FIM Enel MotoE™ World Cup, which begins in 2019

The debut of the FIM Enel MotoE™ World Cup is getting closer on the horizon and in the picturesque hills of Tuscany at Mugello, more groundwork for the new Cup has been laid in a second briefing for representatives from the teams who will be taking part in the inaugural season. This second committee, following the first that took place at the season opener in Qatar, saw Cup Executive Director Nicolas Goubert lead proceedings, joined by Dorna Sports Managing Director Pau Serracanta, Technological Director Corrado Cecchineli, Sporting Manager Carlos Ezpeleta and IRTA CEO Mike Trimby.

The first confirmation from the meeting is that Ajo Motorsport will be competing in the Cup, joining the previously-confirmed MotoE™ teams of Tech 3 Racing, LCR Team, Marc VDS Racing Team, Pramac Racing, Angel Nieto Team, Esponsorama Avintia Racing, Gresini Racing, Pons Racing, Dynavolt Intact GP and SIC58 Squadra Corse. MotoGP™ Class teams will have two riders, whereas the Moto2™ and Moto3™ teams will have a single entry. The teams were also presented with the process for selecting and naming MotoE™ riders, which will be the standard Selection Committee procedure for other classes in the MotoGP™ World Championship.

A provisional schedule for race weekends was also a key point of discussion, and it was agreed that there would be two 30-minute Free Practice sessions on a Friday, held approximately four hours apart, before an E-Pole qualifying session on Saturday. The race is planned for Sunday in order to provide full TV production and ensure spectators will be trackside, with MotoE™ to take place after Warm Ups as the first race of the day.

The test schedule for the 2019 Energica Ego Corsa has also been updated and the first Official Test has been confirmed, set to take place at the end of November at the Circuito de Jerez-Angel Nieto.

On the technical side, the number of tyres that Official Tyre Supplier Michelin will provide at every event has been established. The teams will be allowed to use four front and five rear slick tyres and three front and four rear rain tyres, with a single specification of each supplied per Grand Prix. In addition, the single datalogging features were presented to teams at the meeting and the supplier will be announced shortly. A list of parts was also provided, and teams received an explanation of the set-ups and adjustments that they and the riders will be able to play with.

A provisional plan for the setup of the E-paddock has also been made, including the motorcycle charging system provided by Enel. Moreover, Energica training programme slots for team staff who will be working on the bikes have been confirmed during September and October.

“We’re very happy with progress ahead of the debut of the Cup next year,” says Nicolas Goubert, Cup Executive Director. “After a successful first committee in Qatar at the start of the season, this second meeting has allowed us to finalise further important details on both the sporting and technical sides. The beginning of competition is getting ever closer and we’re continuing to build on and advance the foundations we’re laying for the Cup.”

After a taste of Mugello with four-time World Champion Max Biaggi at the helm for a demo, the Energica Ego Corsa will next lap the Circuit de Barcelona-Catalunya in the hands of home hero Alex Crivillé as anticipation grows ahead of full-time competition in 2019.