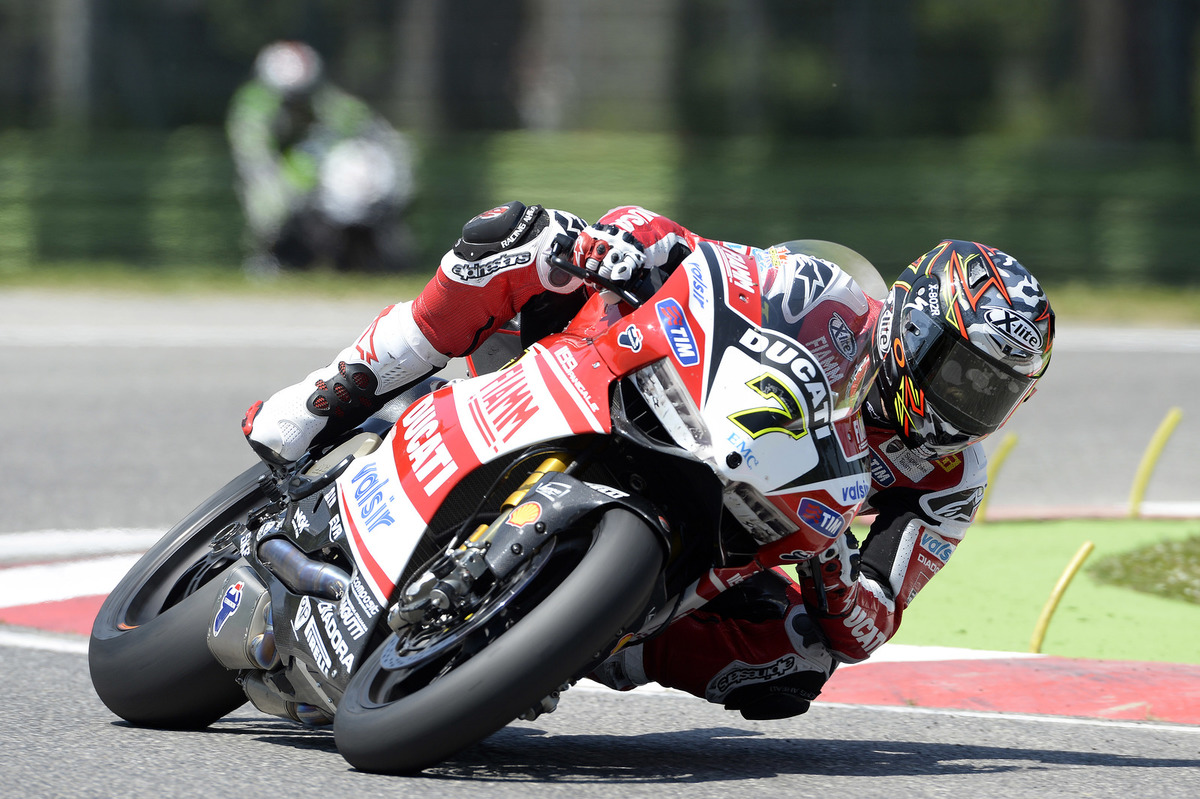 Borgo Panigale (Italy), Tuesday 2 September 2014 – The Ducati Superbike Team is all set to return to the racetracks and battle it out at the Spanish circuit of Jerez, where round 10 of the 2014 Superbike World championship is taking place this coming weekend after a six week summer break.

The Jerez track, officially inaugurated in 1985 and located just a few kilometres from the city of Jerez de la Frontera, hosted the final Superbike event of last season’s championship, with riders Davies and Giugliano scoring respective bests of fifth and sixth position in the weekend’s races. A track that both the Ducati riders enjoy, the squad hopes to be able to fight for the positions that count come race day. Earlier this season, the Ducati Superbike Team spent time testing at the Spanish circuit, and the promising results seen there auger well for the upcoming race weekend.

During the latest ninth round of the 2014 championship, which took place in late July at the American circuit of Laguna Seca, Giugliano obtained a fourth place finish in race 1, but unfortunately crashed out of race 2 after making a strong start. Davies, having performed well throughout the practice and qualifying sessions, suffered a crash in race 1 that unfortunately left him unfit to compete in race 2. As the team heads into this tenth championship round, factory riders Davies and Giugliano, keen to get back to racing after the summer break, lie sixth and seventh respectively in the overall standings and are determined to accumulate as many points as possible in the final rounds of the 2014 season.

The Ducati Superbike team will also enjoy the company of a special guest this weekend. Carlos Checa, 2011 World Superbike Champion, will attend the race event in his capacity as Ducati brand ambassador. As well as being on hand to meet with fans, Checa will also take to the track to make a lap of honour in front of the Spanish public on Sunday morning.

Comments ahead of the event:

“We had a very busy period just before the break, with testing, WDW and so on and so it’s definitely been nice to have a break, get into training, and do all those things that you don’t get chance to do during the season. I’ve even completed some advanced motorcycling training on the road, as part of a UK Department for Transport initiative to promote road safety. Anyway, I feel like I’ve really had a chance to recharge the batteries for the last three rounds. In terms of this coming weekend, Jerez has always been a little tough for me; I’ve never got the kind of results I really wanted. Saying that, I think the Panigale suits the track quite well and we were able to find a good set-up during testing earlier this season, so we have a solid base from which to start. We’ll definitely be doing our best.”

“It’s always good to get back on the bike after such a long break. It’ll be great to get back to work but it was also useful to have this chance to rest up, having had several events back to back right before the holiday. So I’ve made the most of these weeks and have spent time training but also relaxing a bit, at the coast and in the mountains. Looking ahead to Jerez, I really enjoy racing there and during the test sessions that we completed at the Spanish track a few months ago we were pretty fast which gives me confidence. I need to get back on my Ducati and use the first session to get back into a rhythm, and then hopefully we can continue on from where we left off before the break, making the most of these final three rounds and doing as well as we possibly can.”