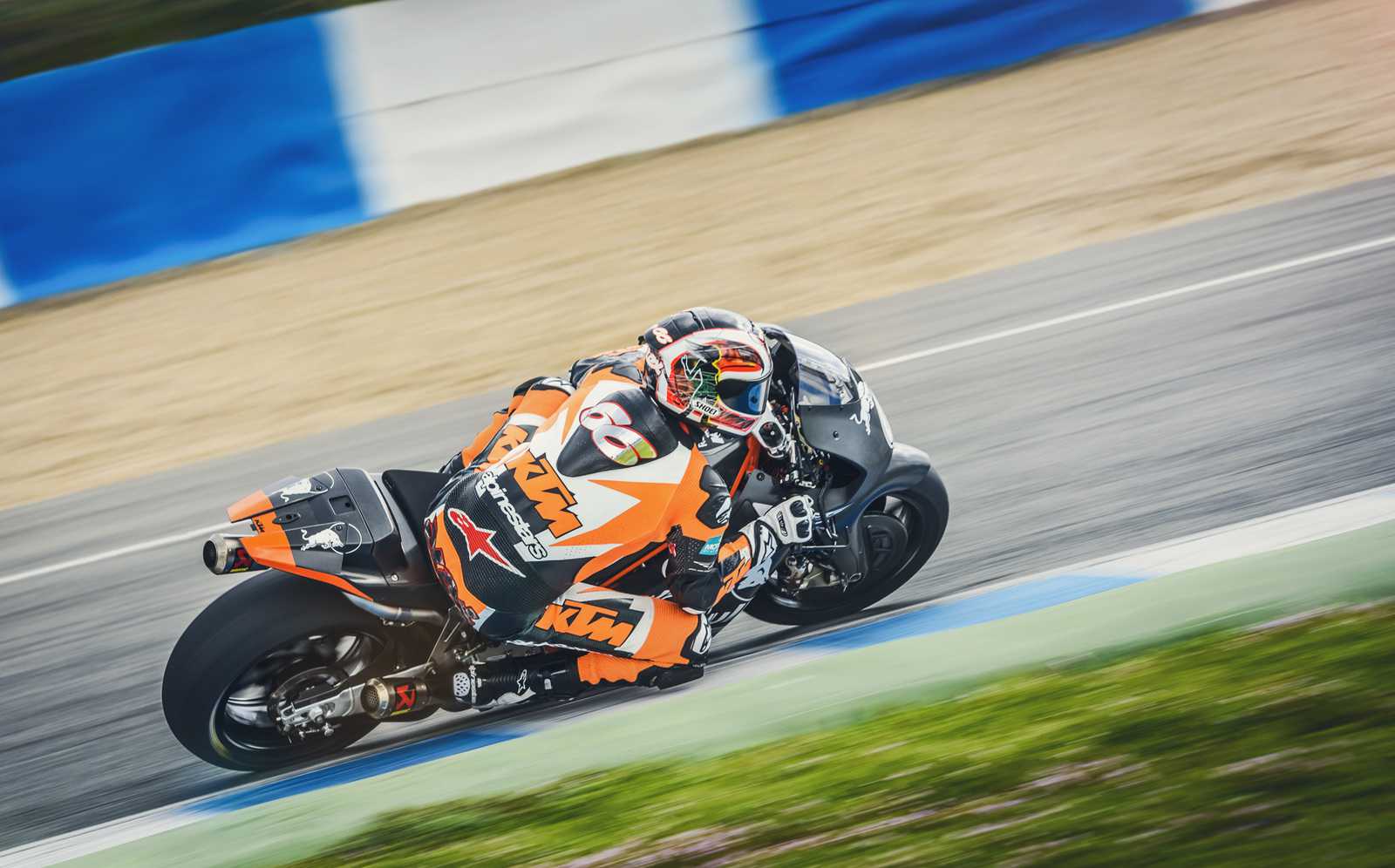 Over the past three days, KTM’s three test riders Mika Kallio (FIN), Alex Hofmann (GER) and Randy de Puniet (FRA) carried out the third test of the KTM MotoGP motorcycle in difficult conditions at Jerez. Previous tests had been carried out in 2015 at Austria’s Spielberg and Valencia in Spain.

Thursday and Friday saw the two main test riders Mika Kallio and Alex Hofmann test the KTM RC16 on a very wet track at the popular Spanish circuit in Southern Spain. On the third test day Randy de Puniet changed places to ride Hofmann’s bike and in the afternoon experienced his first laps on the KTM MotoGP motorcycle when the track was finally completely dry.

Mike Leitner (MotoGP Consultant): “Unfortunately this time we had less luck with the weather, but we still made good use of the changing conditions to work at the circuit for the first time with both of our crews and partly also under time pressure. We gathered our first experience in the wet and were therefore able to take important steps in matters of the electronics and ride-ability. Randy de Puniet gave us very important input for the further development of the KTM RC16 on the third and last day, which was in the dry.”

Mika Kallio (Test Rider MotoGP): “After we worked on the ergonomics and the setup in extremely difficult conditions in the first two days, we could confirm many changes in the improved conditions in the third day. We tested some things with the traction and wheelie control, also the suspension elements from WP and the various options for the triple clamp. I am very happy with the performance and I think we were again able to give the technicians important feedback.”

Alex Hofmann (Test Rider MotoGP): “The only negative on the three days was the weather – and that was good. Compared to both my last tests in Spielberg and Valencia at the end of last year, the bike has been further developed, not only in terms of appearance; it is also technically on a very good basis. Now it’s all about getting on with the work and hunting down the times.”

Randy de Puniet (Test Rider MotoGP): “As I haven’t sat on MotoGP machine for more than a year, I immediately felt very good on the bike. As usual we first adjusted it to suit my personal needs. Then in the short time left we tried a few things with the electronics. We are now well prepared for the next test in a few weeks.”

The KTM MotoGP Factory Racing Team will use the short time up until the next test at the beginning of March to further develop both of the KTM RC16 bikes and make the preparations for their next laps.