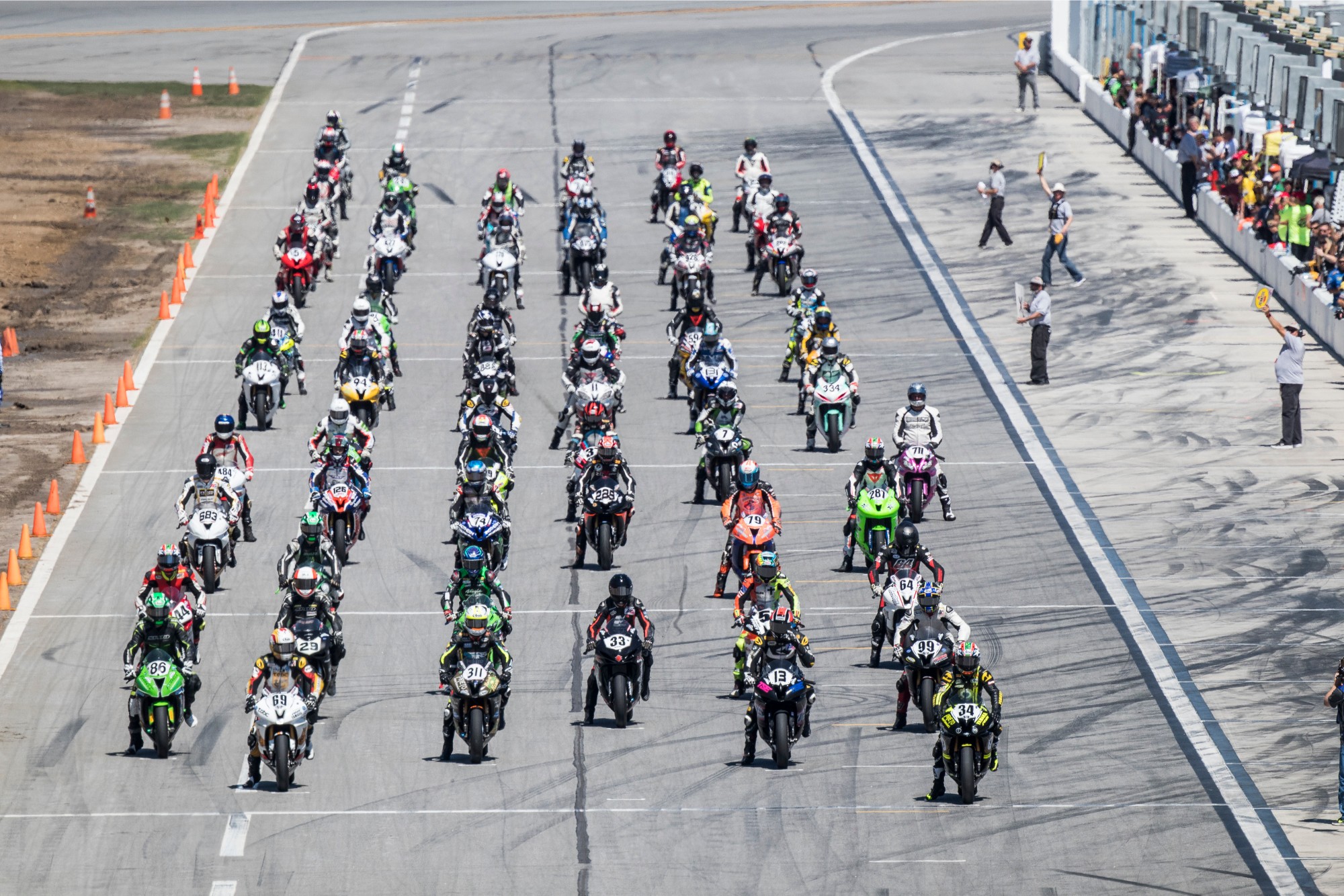 The DAYTONA 200, one of America’s most historic motorcycle races, will feature a $175,000 purse and award a Rolex Cosmograph Daytona watch to the champion.

Danny Eslick returns to Daytona International Speedway with TOBC Racing in an attempt to win his fifth DAYTONA 200, a feat that would tie him with Scott Russell and Miguel Duhamel for most all-time victories in the event.

The 32-year-old Oklahoma native will be back at the “World Center of Racing” after putting on a dominating performance in 2018, where he beat runner-up Yamaha rider Cory West by over 26 seconds on the 3.51-mile road course.

“Guys like Scott Russell and Duhamel, they paved the way before me,” Eslick said. “To be tied with them, it’d be incredible. It still hasn’t really sunk in. Even after winning it four times, I’m still speechless.”

Eslick will have plenty of competition standing in his way of a fifth DAYTONA 200 victory.

Four-time AMA Superbike champion Josh Hayes, who is missing a DAYTONA 200 victory on his resume, is competing in his first DAYTONA 200 since 2009 aboard a Yamaha R6. Hayes nearly won the 2008 DAYTONA 200, but after winning the race, his Honda failed post-race inspection with an illegal crank shaft.

Another strong contender in this year’s DAYTONA 200 will 16-year-old Sean Dylan Kelly, who will ride the No. 311 Suzuki GSXR 600 for M4 Ecstar Suzuki. Kelly rode to a victory in the 2018 ASRA Team Challenge at Daytona International Speedway in October during Fall Cycle Scene.

Before the road racing schedule begins, American Flat Track will have their say on the banking and dirt of the tri-oval with the DAYTONA TT. Competitors will be riding both on the dirt and the asphalt section of the tri-oval for the first time in the event’s history.

“Being able to ride on the actual Daytona International Speedway tri-oval and cross the legendary finish line felt surreal,” said Johnny Lewis, an AFT Twins rider that tested the course in February. “The racing is going to be intense. Adding the banking gives so many different racing lines on and off the dirt. Fans can look forward to watching riders use the asphalt’s consistent racing surface to get creative with the transitions.”

Last year, two-time defending American Flat Track Twin Champion Jared Mees took the checkered flag in the AFT Twin main by only 0.462 seconds over second place JD Beach. The 32-year-old Sebastian, Florida native will be looking to start his title-defending season with another win on the famous tri-oval of Daytona International Speedway.

Also returning is AFT Singles series champion Dan Bromley who took his first of four wins in the 2018 Singles season at the “World Center of Racing” on his KTM 450 SX-F over second-place Jesse Janisch.