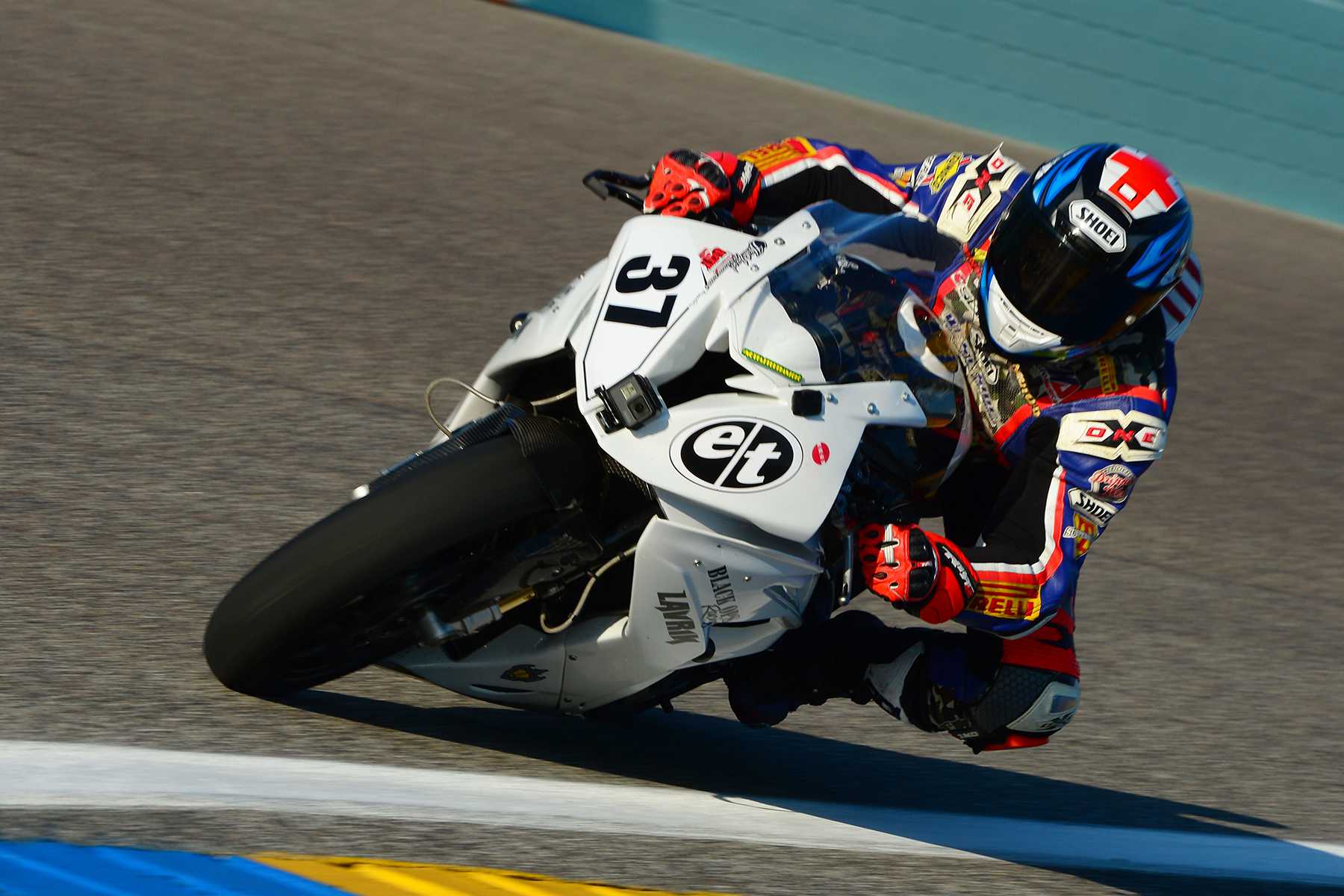 Mesa was close behind holeshot leader Felipe MacLean at the start of the race and looking for a way around. Behind them, Eric Wood, Vasiliy Zhulin, and Bruno Silva went head-to-head for the third spot. Halfway through the third lap, MacLean pushed a bit too hard and crashed out of the lead. Mesa then claimed the front spot and started to open a gap on the rest of the field, claiming his final victory of the season unchallenged, with Wood, Silva, Zhulin, and Lucas Silva rounding off the top five behind him.

The Unlimited Grand Prix victory was Mesa’s third of the day on a Valerio Lavrik/Black Ops built machine. Lavrik and Mesa joined forces to engage in R&D efforts with both the BMW S1000R he piloted during the grand finale race, and the Yamaha YZF-R6 he rode to victory in the Middleweight Superbike and GTU races earlier in the day. The team is looking forward to future engagements with Lavrik and towards developing new relationships within the industry.

Mesa expressed his gratitude to all who supported him throughout the season, including some of his sponsors Valerio Lavrik, Pirelli, Thermosman, Evol Technology, Shoei, Sidi, Drippin Wet, and most of all his parents, Karen and Mauricio Mesa.

Greg Melka wrapped up his season with an early lead in Overall Expert Points and earned the number one plate for the 2019 season in a close run to the finish. John Linder showed up for the season finale a bit farther back in the points run (third) and racked up enough points to bump all the way up to second with less than a four point difference behind Melka, who did not attend.

“This would not have happened without my team, Hurricane Racing,” Richards exclaimed. “If you want this bad enough, you can do it.” He remarked that the entire team came together in support of his efforts during the event and helped him achieve his goal.

The CCS Florida Region will meet again at Homestead-Miami Speedway for the Season Opener February 9-10th, 2019, and will include the track’s first ever ASRA Team Challenge event.

For results, lap times, points standings, for Championship Cup Series, ASRA, and ASRA Team Challenge Series, and any and all information on past and future events for all series and regions, please visit: www.ccsracing.us.

MotoGP: Crutchlow Filling In For Morbidelli For Three Races