Bruce Brown, Maker Of Movie “On Any Sunday,” R.I.P.

Bruce Brown, Maker Of Movie “On Any Sunday,” R.I.P. 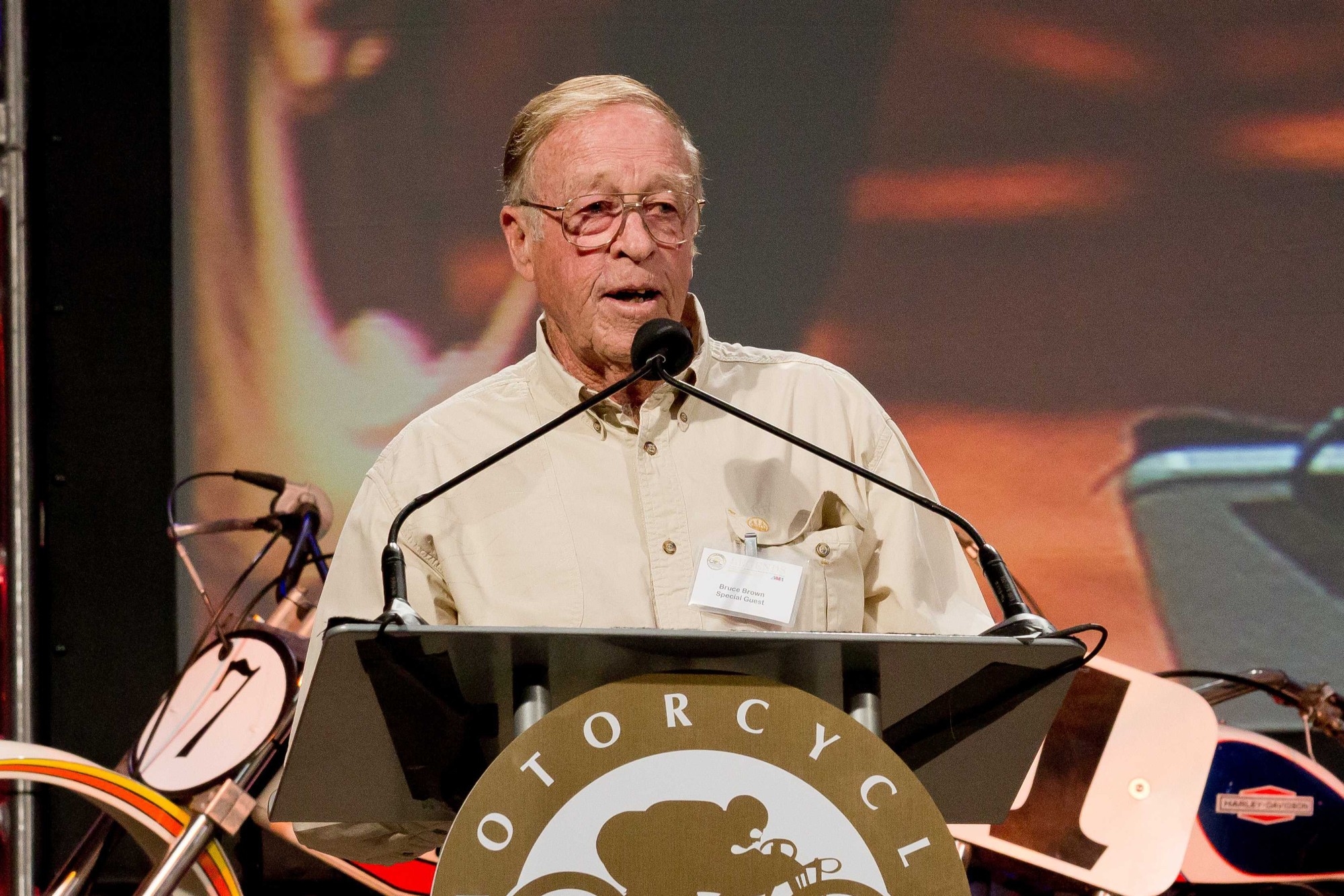 PICKERINGTON, Ohio — Legendary filmmaker Bruce Brown, who produced the classic motorcycling movie “On Any Sunday,” died Sunday, Dec. 10. He was 80.

“Bruce Brown’s influence on motorcycling in the 1970s was profound,” said American Motorcyclist Association President and CEO Rob Dingman. “‘On Any Sunday’ highlighted the unique talents needed for different forms of racing and showcased the fun that people find in motorcycling.”

Mr. Brown’s early acclaim resulted from his groundbreaking surfing movie, “Endless Summer,” which was released in 1966. “On Any Sunday,” released in 1971, helped spur the explosive growth of motorcycling in the 1970s.

“I think many people changed their minds about motorcyclists after watching the movie,” Mr. Brown once said.

“On Any Sunday” earned Mr. Brown an Academy Award nomination for Best Documentary in 1971.

Mr. Brown was born in San Francisco on Dec. 1, 1937. He grew up in Southern California, attending school in Long Beach before moving to Dana Point.

In the late 1960s, motorcycling was sweeping across the country and Southern California was the Mecca of the sport. While visiting Japan, Mr. Brown and his wife rented a Honda scooter and enjoyed the freedom of riding. When he returned home to California, he bought a used Triumph Cub.

Many of the surfers whom Brown hung out with were getting into riding as well. Several of them took up desert racing. Brown got more involved in the sport and began attending races around Southern California.

Even with financial backing from legendary actor and motorcyclist Steve McQueen, Mr. Brown did not have a large budget for “On Any Sunday.” So he improvised by using 24-volt batteries in the 12-volt film cameras, producing a makeshift high-speed camera. He also used a helmet-mounted camera on some of the riders, one of the earliest times something like that was attempted.

Mr. Brown was inducted into the AMA Motorcycle Hall of Fame in 1999. His complete bio can be found at http://www.motorcyclemuseum.org/halloffame/detail…