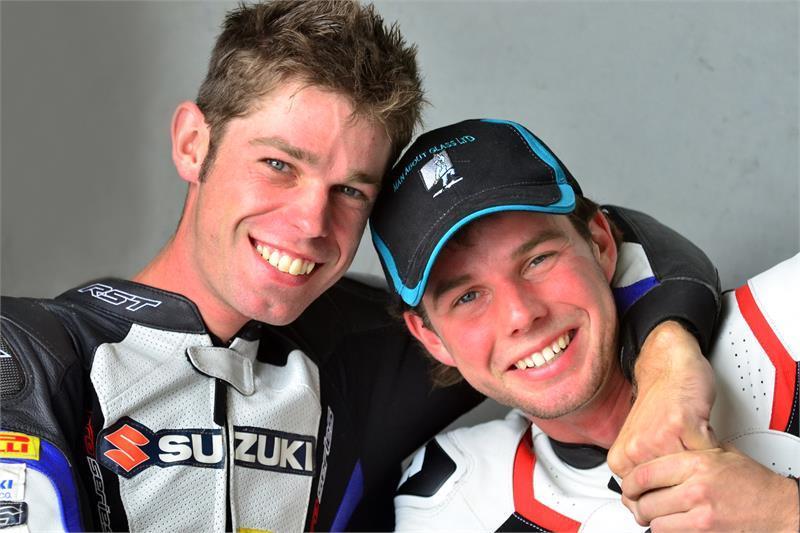 Suzuki-mounted brothers Alastair and James Hoogenboezem will go head-to-head in the final round of the New Zealand Supersport Championship at Taupo this weekend – and either of them will be crowned champion.

The two Christchurch-based GSX-R600 riders have, between them, won every single race in the 600cc Supersport class at this season’s New Zealand Superbike Championships and, as it stands, one of them will be crowned national champion for the first time at the fourth and final round.

The younger of the two sibling rivals, 22-year-old Alastair, is in the best position to clinch the title after he scored another hat-trick of wins at the third round at Hampton Downs, near Huntly, on Sunday. He is now a massive 61 points ahead of his 24-year-old brother James, with only 75 points still available.

“I think I only need to finish fifth or better in the first race at Taupo to clinch the title,” said Alastair Hoogenboezem. “James is the only rider who could beat me for the title, so first or second is already in the bag for me.

“If the racing looks scrappy in the first race at Taupo, I’ll ease off and settle for a top-five finish, but I really do want to be up front for my fans, family and sponsors. It’s not a good look to be just cruising at the back.

“I knew I was fast enough to win this season, but you never know what luck might do too and you can never rule out the other riders like Cameron (Hudson), Rhys Holmes or Toby Summers. They are all very fast riders.”

Meanwhile, in the Superbike class, defending national champion Dennis Charlett had a mixed bag of a weekend, crashing out during Saturday’s practice session and forced to scavenge parts to get his Suzuki GSX-R1000 back out on the track for the racing that followed. He then finished an unaccustomed fifth overall for the weekend, but this was still enough for him to keep his spot on top of the championship standings as his main rival, fellow Suzuki star Jaden Hassan, from Auckland, crashed out of the final race of the weekend.

Hamilton’s Nick Cole won the day but, because this was his only appearance in the series so far this season, he is not a title contender.

Charlett now leads Hassan by five points as they head to Taupo’s finale, while another Christchurch rider, James Smith, is third overall, 33 points behind Hassan.