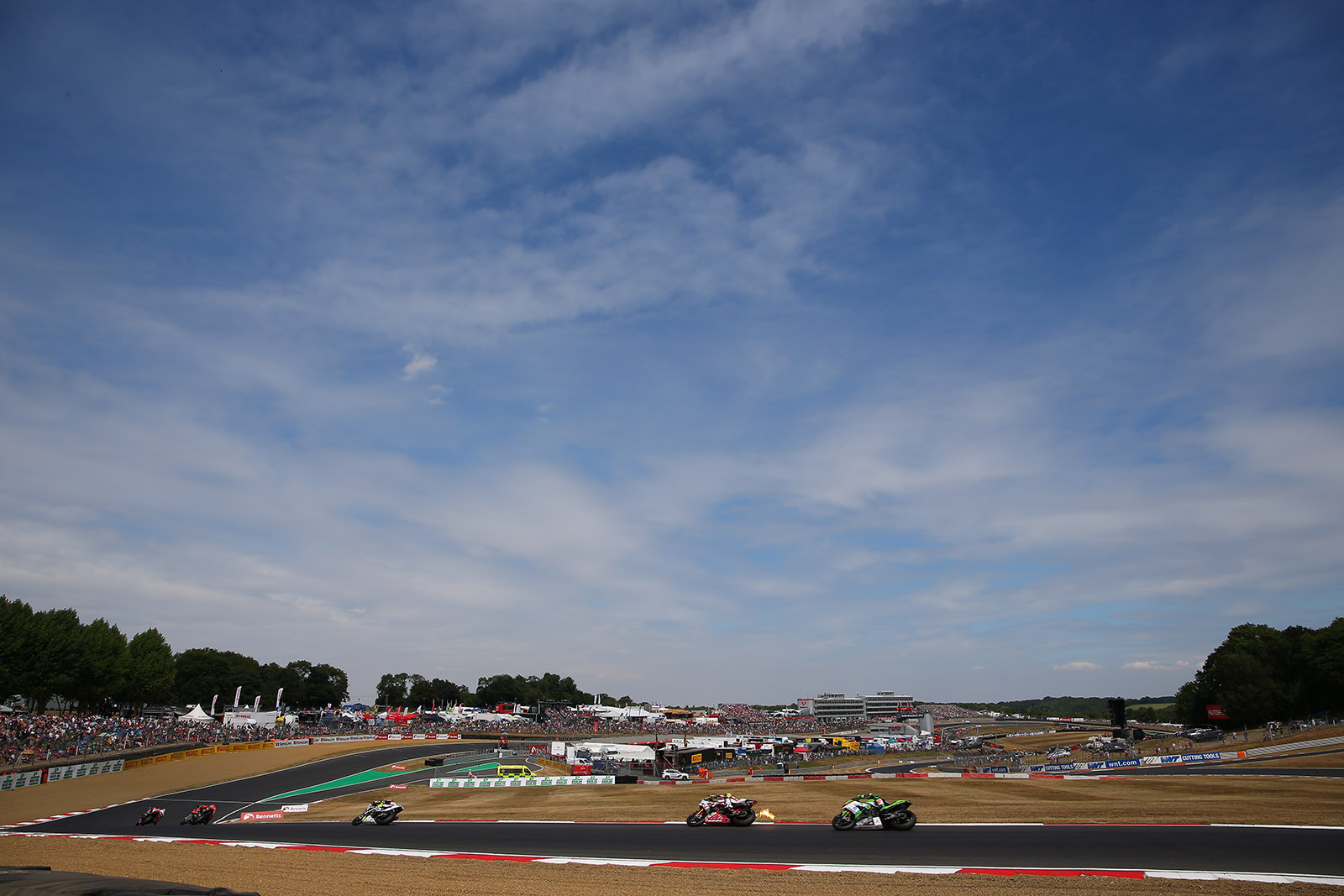 Editorial Notes: American James Rispoli rode his Everquip Racing Yamaha to ninth place overall and seventh in class in British Supersport Race Two, which was won by Kyle Ryde on his GP2-class R5 Racing Kalex. The top finisher on a production-based motorcycle was David Allingham, who got third overall on a EHA Racing Yamaha YZF-R6. After 12 of 24 races, Jack Kennedy leads the Championship with 240 points and Rispoli is fifth in the standings with 126 points.

American Brandon Paasch rode his Microlise Cresswell Racing Mahindra to fourth place in British Motostar Race Two, which was won by Jake Archer on his City Lifting/R5 Racing KTM. After eight of 18 races, Archer leads the Championship with 195 points and Paasch is sixth in the standings with 75 points.

Championship Point Standings (after 12 of 26 races):

More, from a press release issued by MotorSport Vision Racing:

Monster weekend for Brookes as he is crowned King of Brands

Josh Brookes conquered the opposition at Brands Hatch to score his first Bennetts British Superbike Championship win of 2018 and then make it a double to celebrate the Yamaha R1 20th Anniversary in style with the McAMS Yamaha team and bolster his title aspirations.

Brookes had been charging throughout the weekend and in the opening race he launched off the line to hit the front of the pack ahead of Glenn Irwin and Tarran Mackenzie. Instantly Brookes and Irwin were dicing for the leading position but by the start of the second lap the Be Wiser Ducati rider had the edge.

Christian Iddon was moving through the order and soon the freight train of riders at the front had turned into Brookes, Irwin, Iddon, Leon Haslam and Mackenzie. Iddon had moved into second with a move at Druids on lap four.

Irwin was instantly on the attack and reclaimed the position from his Tyco BMW rival. Dan Linfoot’s tough weekend continued as the Honda Racing rider crashed out at Westfield on the sixth lap and he was forced to sit out race two with a suspected fractured scaphoid.

At the front the lead group of five started to edge ahead of the chasing pack with Brookes holding off Glenn Irwin, Iddon, Mackenzie and Haslam. The second McAMS Yamaha was on a charge as Mackenzie moved up the order and into third, but it was a disaster for the Superbike rookie as he crashed out on the penultimate lap from a potential first Bennetts BSB podium finish.

Irwin was pushing to attack for the lead on the final lap but it wasn’t enough and Brookes had a 0.227s edge at the finish line with Haslam promoted to third after Mackenzie’s crash. Dixon had carved his way back up the order to snatch fourth place from Iddon on the final lap with Peter Hickman able to hold off the challenge from Richard Cooper in seventh place.

Knockhill double podium finisher Danny Buchan was eighth ahead of Andrew Irwin and Michael Laverty who completed the top ten.

In race two Brookes again fired off the line into the lead ahead of Glenn Irwin and Cooper who had a storming start to move into third in front of Haslam, Buchan and Dixon. But then there was disaster for Cooper though as he crashed out unhurt at Paddock Hill Bend.

Dixon though had moved into fifth place, making a decisive move down the inside at Druids to grab the position. At the front the leading trio began to break the chasing pack with Brookes, Glenn Irwin and Haslam holding a small advantage over Dixon, Iddon who had moved up the order, and Mackenzie.

Irwin was trying to make a last lap attack, but Brookes had the advantage and held him off to the line by just 0.090s to bag another five Podium Points for his championship challenge with Haslam holding on to the final podium position for JG Speedfit Kawasaki.

Dixon had been under threat from Mackenzie but the RAF Regular & Reserves Kawasaki rider managed to hold him off in the closing stages of the race with Iddon scoring sixth place for the Tyco BMW team.

Tommy Bridewell had an impressive performance to finish seventh and give the Moto Rapido Ducati team their best result of the season on his debut weekend, passing Buchan on the final lap. James Ellison and Hickman completed the top ten.

The seventh round of the 2018 Bennetts British Superbike Championship take place at Thruxton on August 3./4/5. For more information visit www.britishsuperbike.com

“It’s a fantastic timing to get the double for Yamaha on the 20th Anniversary of the R1. It’s a perfect gift for them and it was their birthday a couple of weeks ago so I’m sure this will go down well!

“Those opening laps were quite fun for me in race one. This year has been quite frustrating on the track for me not able to reach my potential and the opening lap but today I felt good and we were making passes so I thought ‘why not, we’ll show our hand and see what we can do’.

“As you’re leading the way it feels like you’ve got to find where the limit is. I tried to keep the lead and I felt comfortable for most of the race. Then I made a mistake in turn one and lost the front a little bit as I turned in, then I went wide onto the dusty surface and started to lose the front again and I put my head down and then got better focus and the end of the race was a lot stronger for me.

“I listened to what Glenn said in the post-race interview in race one and I looked where I needed to improve for the second one. Obviously leading most of race one I didn’t see anyone else’s speed or strategy or the way their bike works.

“I knew there were areas that I needed to improve if I was going to keep him behind in race two so I set about trying to not make no mistake and push hard. There was a point where I was starting to edge a gap and then towards the end of the race I started to lose rear grip; it’s natural pushing that sort of pace.

“We were pushing fast lap times all the way through the race. When you are doing that something’s got to be getting worn, either you or the tyre or both, so last two even maybe three laps I was like ‘oh I’m in trouble here’.

“I didn’t have the drive I needed to continue that pace. But fortunately having that tiny gap that I had was enough to keep it right. I came into the last turn and I could hear the thump of the Ducati right behind me but I wasn’t ready to give it up after leading the whole way!