British Superbike: Josh Brookes Fastest By Over One Second During Test At Oulton Park

British Superbike: Josh Brookes Fastest By Over One Second During Test At Oulton Park 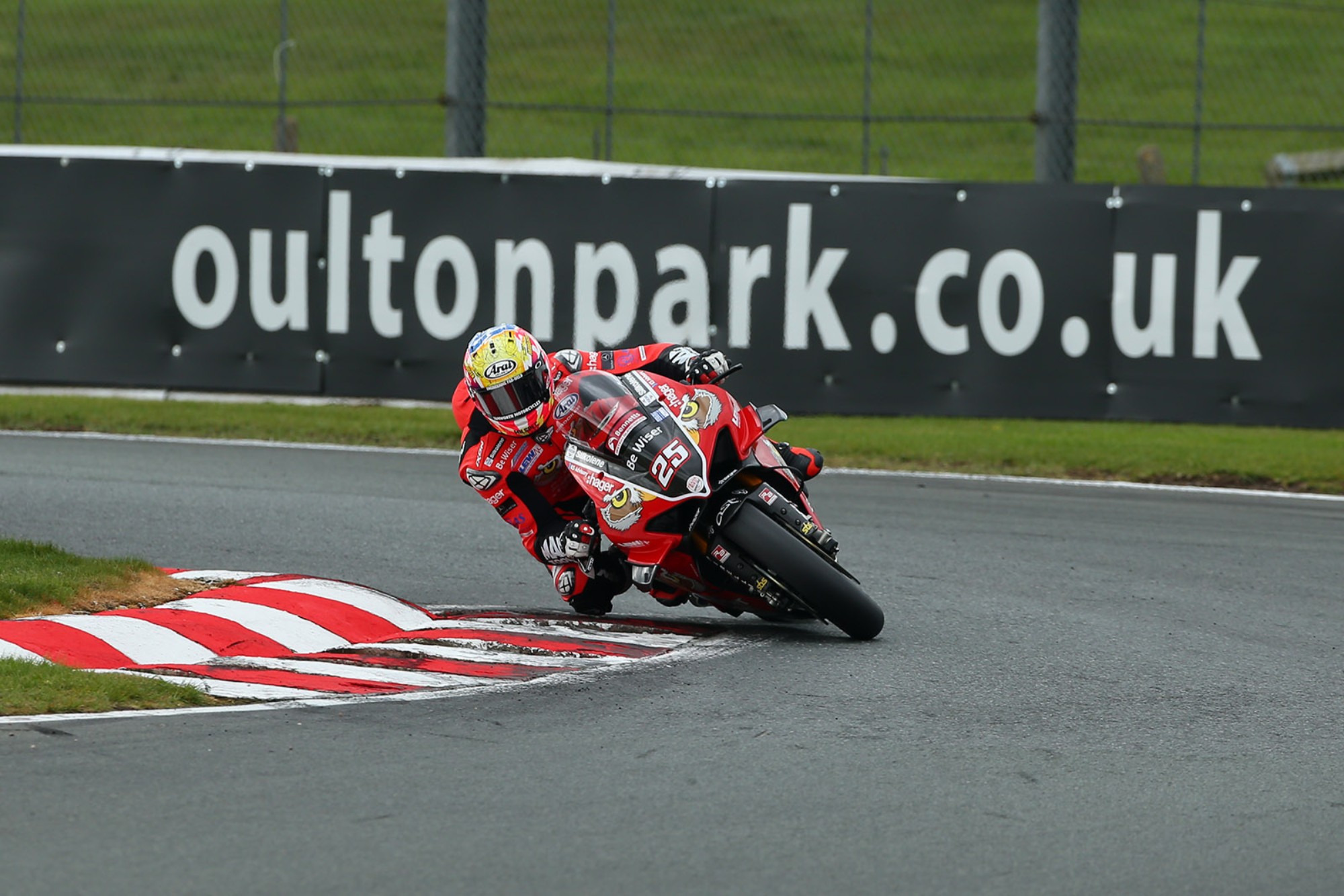 Brookes back on top at official test ahead of Oulton Park

Josh Brookes was back at the top of the Bennetts British Superbike Championship times at the official test at Oulton Park ahead of the Bank Holiday second round next weekend (May 4/5/6), edging ahead of Danny Buchan at the Cheshire circuit.

The 2015 champion topped the opening two sessions in the dry conditions after a tough start to his season at Silverstone last weekend; putting a clear 1.067s between himself and FS-3 Racing Kawasaki’s Buchan on combined times.

Tommy Bridewell was back at the sharp end on the Oxford Racing Ducati, clocking the third fastest time ahead of next weekend’s next two races, pushing ahead of Tyco BMW’s Christian Iddon as the team continue their development work with the new S1000RR.

Peter Hickman also proved the pace of the BMWs by setting the fifth fastest time, maintaining his position ahead of Luke Stapleford on the leading Suzuki on his return to Oulton Park for the first time in three years.

Luke Mossey was seventh fastest for OMG Racing Suzuki ahead of Tarran Mackenzie who ended the day early due to the changing conditions later in the day, forging ahead of Glenn Irwin and Jason O’Halloran, who tipped off in the morning session.

The test marked the first appearance at the Cheshire circuit for Scott Redding and Xavi Forés with the pair utilising the track time to learn the circuit, ending the sessions in 13th and 25th respectively.

“I am obviously really pleased to have been fastest in the dry as that is everybody’s goal.

“I am actually really pleased with the progress we made today as there were a few things that we needed to address and explore some setup changes.

“Leaving Silverstone we were disappointed but I was then focused on here and working through some setting changes we didn’t get the chance to try at Silverstone and the bike performed really well – it has been a really positive day.”