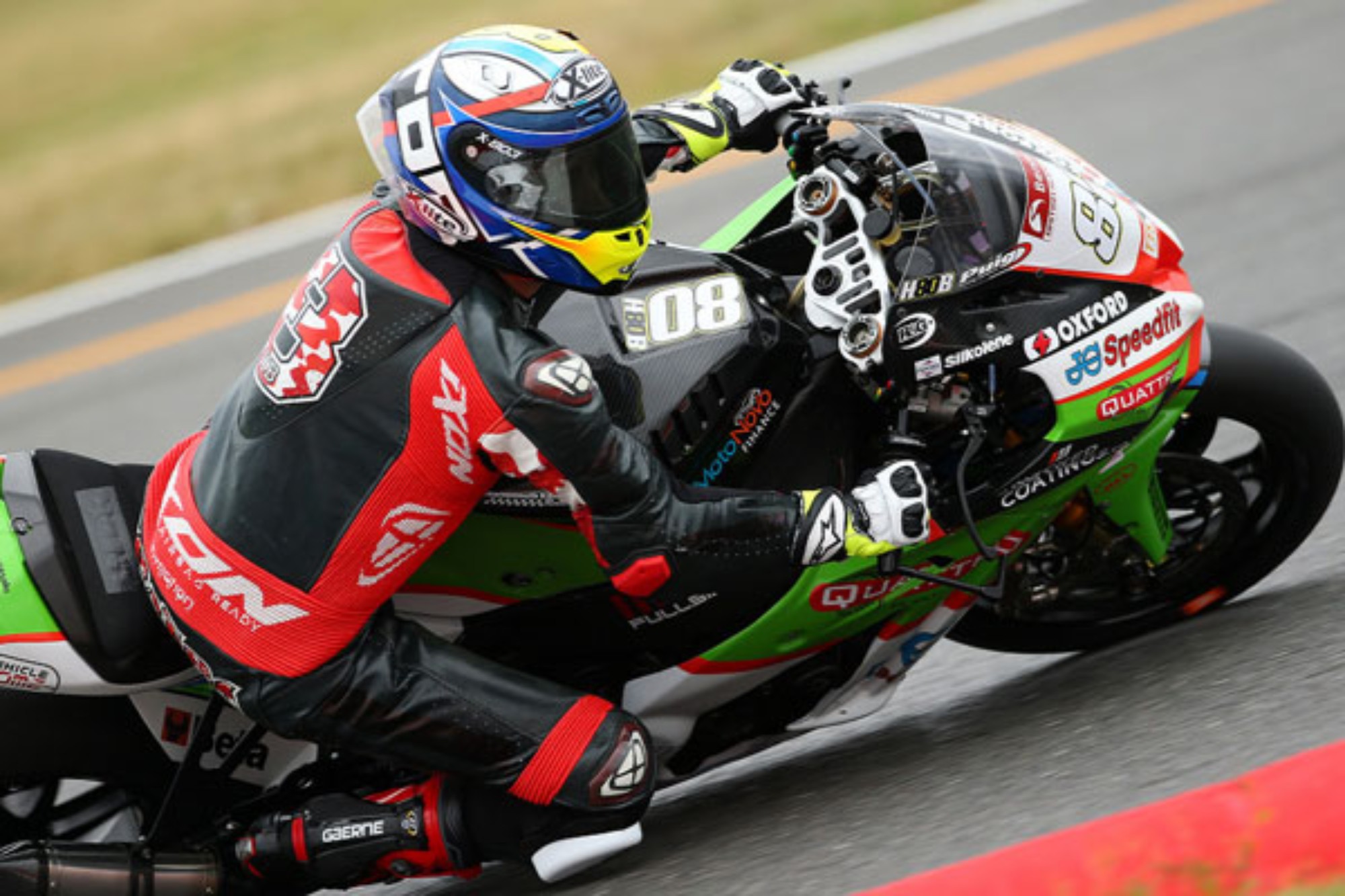 Former MotoGP rider Héctor Barberá will line-up for Quattro Plant JG Speedfit Kawasaki in round seven of the Bennetts British Superbike Championship this weekend following the departure of Glenn Irwin.

This will be Barberá’s fourth outing for the team after deputising for the injured Ben Currie at Donington Park in May, when he made his BSB debut, and the following round at Brands Hatch in June.

More recently the 32-year-old stood in for Glenn Irwin, who was unable to ride due to illness, at Snetterton claiming an impressive seventh-place finish on his first visit to the Norfolk circuit.

Ben, who is still recovering after breaking bones in both feet and damaging his knee ligaments at Oulton Park in May, will be riding alongside his Spanish team-mate.

In 2018 the Australian took top Supersport honours in the first race at Thruxton and now he’s hoping for a repeat performance on the Superbike.

Both outfits fared much better than of late during the last round at Snetterton when Stevens/Charlwood took a brace of third-place finishes and team-mates Holland/Watson secured fifth and sixth.

Héctor said: “After learning more about the bike at Snetterton I am very excited to be asked to ride for the team again at Thruxton. It’s another new circuit, which is always a challenge, but one that I am really looking forward to.

“The BSB fans are incredible and I just want to put on a good show for them and the team. Thank you again to Pete and Kawasaki for this opportunity.”

Ben said: “We keep making progress and I’m getting better and better on the bike but it’s been hard to build up any momentum as I’ve had hardly any time on the bike after the crash at Oulton Park.

“My foot has massively improved since Knockhill but it’s hard to tell if it’s 100 per cent better; before a race weekend I start off feeling great but then it gradually deteriorates.

“Hopefully before the end of year it’ll be back to 110 per cent and we’ll be able to get some decent track time in. I’ve just got to focus on my recovery and keep working hard in the gym to improve my fitness so I can make the best of every situation.”

Pete Extance, team owner, said: “Thruxton marks the halfway point for the 2019 BSB Championship and it’s our home round with many of my Bournemouth Kawasaki customers and friends coming along to support us which is always nice.

“It’s great to have Héctor back on the bike especially as it’s a very fast-flowing circuit which I think will suit him and hopefully he will be pushing closer to the podium.

“For Ben it’s the next stage of his recovery and without a doubt he is in a much better position than two weeks ago at Snetterton and will looking for top ten results.”

Ricky said: “We’re feeling much more confident going into round six as we feel like our luck has finally changed for the better!

“It’s been a very challenging championship this year to say the least as we’ve been plagued with technical issues and involved in several crashes which have all taken their toll on us and the bike.

“However, Snetterton was much more positive as we were in the lead at some points and it felt good to be back in contention. Thruxton is one of our favourite circuits as it’s very fast but it’s also our home round so all our friends and family will be there.”

Holland said: “We’re past the halfway point in the championship so we need to secure some podium points at Thruxton to propel us up the table. After such a difficult start it would be good to finish the season on a high!”

The Jr. Cup Championship is on the line as...
Read more
Feature