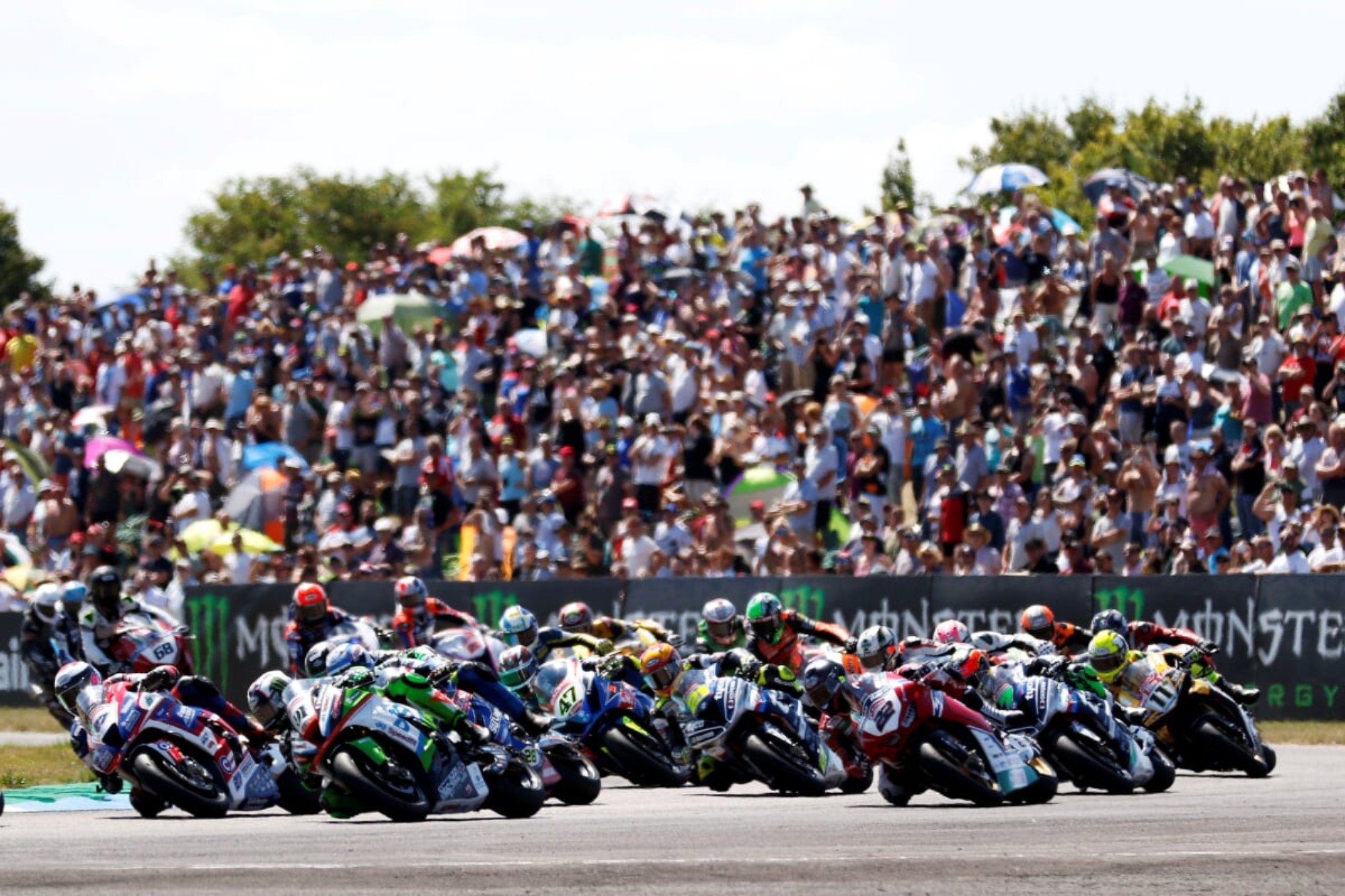 The Bennetts British Superbike Championship hits Thruxton this weekend (August 2/3/4) for the seventh round of the season, and the high-speed Hampshire circuit will prove crucial to the title chase with just seven races now remaining before the Showdown.

Thruxton is renowned for producing some incredible last-lap passes and daring slip-stream manoeuvres, and with a potential 175 points still available before the Showdown Title Fighters are decided at Oulton Park, every point counts.

Scott Redding arrives at Thruxton leading the championship standings after a double win at Snetterton. But having never even visited the circuit before, the Be Wiser Ducati rider admits that he is going to have to plan a different strategy this weekend.

Ready to take him on in the battle for victories this weekend are the hometown force of Devizies-born Tommy Bridewell and the Winchester-based Oxford Racing Ducati team. They arrive second in the overall standings after claiming eight consistent podium finishes, but the team has yet to claim a race win in the Superbike class, something that Bridewell is fully focused on achieving this weekend.

Josh Brookes though has previously been the man to beat at Thruxton; he has won races on eight occasions and finished a further four times on the podium, and he will be hoping history can repeat itself this weekend on the second Be Wiser Ducati.

Following a podium finish and a crash last time out at Snetterton, Tarran Mackenzie holds fourth in the championship standings, with the McAMS Yamaha team also having previously won at Thruxton. Mackenzie, one of the five different winners this season, is bidding to try to consolidate his position in the Showdown for the first time.

Knockhill race winner Danny Buchan holds fifth place for FS3-Racing Kawasaki as they try to make the cut for the Showdown for the first time; with an 18-point advantage over Xavi Forés, the Essex contender knows that he needs to be back fighting at the sharp end this weekend to maintain his marginal advantage.

Like Redding, Forés has never lapped Thruxton before and the Honda Racing rider holds the final place in the top six ahead of the two races on Sunday. The Spanish ace also has an 18-point advantage over Peter Hickman in seventh, but knows he needs to deliver two strong results this weekend if he is going to hold that all-important position in the standings.

Hickman is the first in the list trying to bump someone out of the top six; after a double podium at the circuit last year, the Smiths Racing BMW rider is eager to claw back the deficit this weekend. But he needs to also keep Andrew Irwin and Christian Iddon behind him.

Andrew Irwin had the strongest weekend of his Superbike career last time out at Snetterton, which has moved him to within 20 points of sixth place with Iddon on the Tyco BMW just two points adrift of the Honda Racing rider as they target a Showdown position for the first time.

Glenn Irwin returns to action this weekend after parting company with Quattro Plant – JG Speedfit Kawasaki, he lines up in Tyco BMW colours for the remainder of the season as Keith Farmer remains sidelined through injury. Meanwhile for the Bournemouth-based Quattro Plant – JG Speedfit Kawasaki team, Hector Barbera returns alongside Ben Currie to make his Thruxton debut.

“Thruxton is another new track for me coming up this weekend, which is a regular occurrence but Thruxton is one of the more different tracks on the calendar. From what I have heard from other riders its fast, it’s quite open and the approach to the race will be different as I hear many of the guys have said it is a lot about tyre wear and I think with the high temperatures that will add to it. But it is something I am looking forward to as it is a different challenge and a different approach I will need to take.

“I am definitely looking forward to it; it is a bit more local to me so I am looking to put on a good race for the crowds there and see if we can try and bag some more podiums. This race like I say is going to be very different it is not going to be about who is the fastest, it is going to maybe be about who is the smartest rider and controlled rider for the tyre wear so I will be keeping that in mind of course. I have never been to the track at all, I have done zero laps there before in my life so I don’t know what to expect!

“I am happy to come from Snetterton where we did the double, the bike is working really well and the team will do a good job to make the bike good for me to get the best results, so I am looking forward to seeing the fans there and putting on some great racing.”