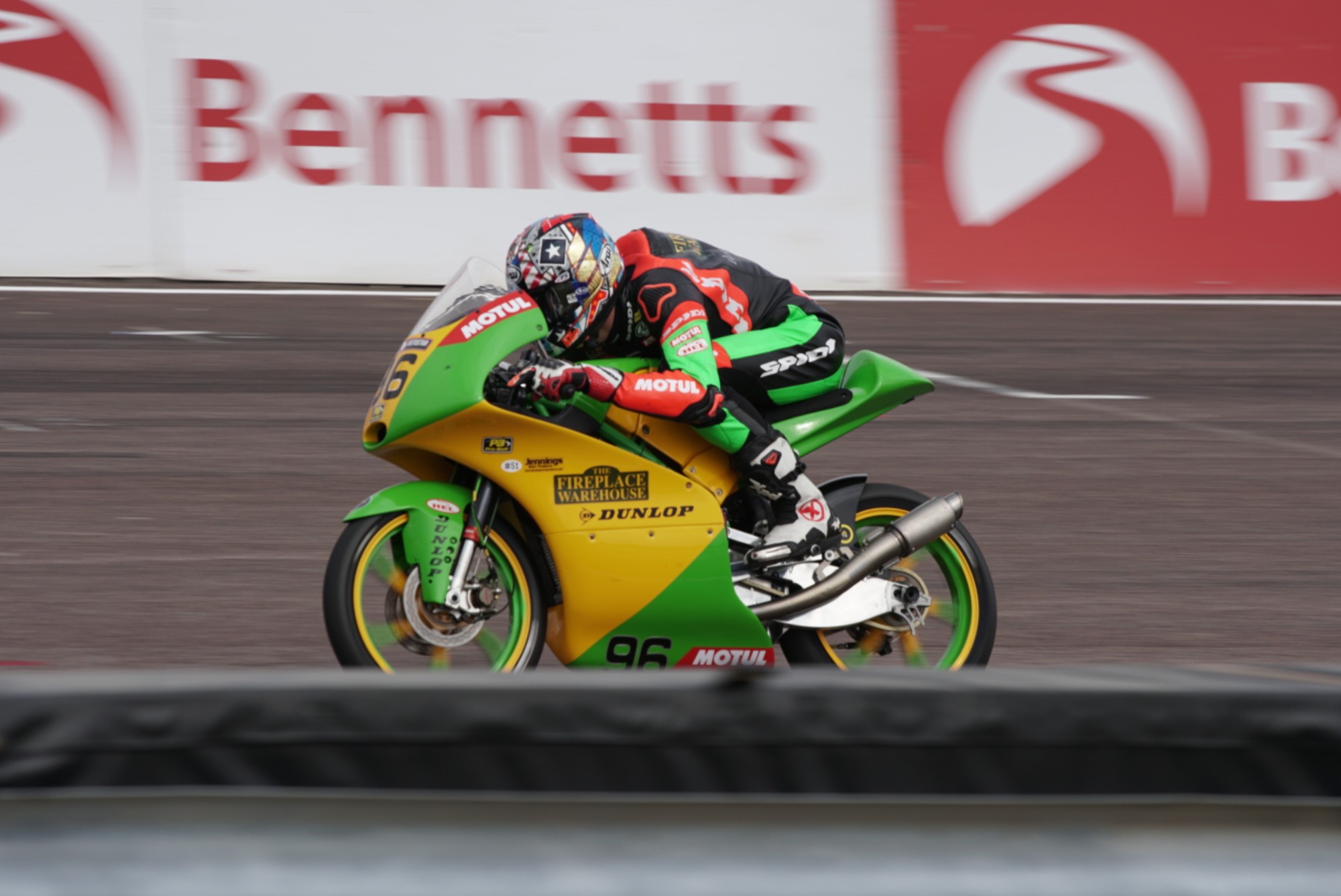 Brandon Paasch and FPW Racing immediately attacked the track at Thruxton Circuit for the fourth round of the 2019 HEL Performance British MotostarMoto3 Championship. With a fresh bike and a fresh rider, the team put in solid laps in both practices, saving their fastest for the last lap in qualifying to put Brandon on pole by 0.089 seconds, just ahead of Asher Durham, his teammate from 2018. In Race 1, Brandon got a solid start that put him up front with the leaders. A race-long battle ensued, with multiple lead changes, and Brandon raced closely for the lead with Asher. Brandon put a strong pass on Asher at the final corner, but Asher got a slightly better drive and beat Brandon to the finish by 0.12 seconds. Brandon’s second place finish improved his championship lead, as he gets ready for Race 2 on Sunday.

“It was great to get back on the FPW Racing KTM Moto3 bike after a few weeks off. I felt like I had to make up a bit to the team for my tumble at Knockhill, so I was focused on getting back into the groove right away in practice. I was setting a good pace, and I knew I could be at the top of the timing sheets if I got in some of the drafts like the other guys. But I wanted to save that for qualifying, and I cut my fastest lap on my last lap to take the top starting spot. Sorry Asher – I couldn’t let you get in front of me for pole!

In the race, I had a good start and was right up at the front on the first lap. I knew everyone would be pushing hard, and there was a lot of action in the lead group that slowed down the pace a bit. But I felt comfortable running alongside Asher, just like last year. After Rodriguez dropped out, I was able to concentrate on going for the win. I got a run around Asher in the last corner, but he had just a little bit extra drive and beat me to the line. Congrats to Asher – it’s been a bit since he’s been back on top, and I’m happy that he got the win. But it just makes me that much more determined to get the job done tomorrow! (Brandon Paasch)

“I know Brandon was bummed about tipping the bike over at Knockhill, and he was putting some pressure on himself to go for the win today. I told him to go out there and focus on consistency and building up speed, and he really did well by taking the pole position and challenging strongly for the win today. Dave and Andy and the whole team put in a strong effort too, and we’re all looking forward to another great race tomorrow.” (Adrian Mason, Team Owner)

The second race at Thruxton Circuit for the HEL Performance British Motostar Moto3 Championship will go live on the Bennetts British Superbikes app at 10:20AM EDT (7:20AM PDT). You can also watch live timing and listen to the commentary at www.britishsuperbike.com.