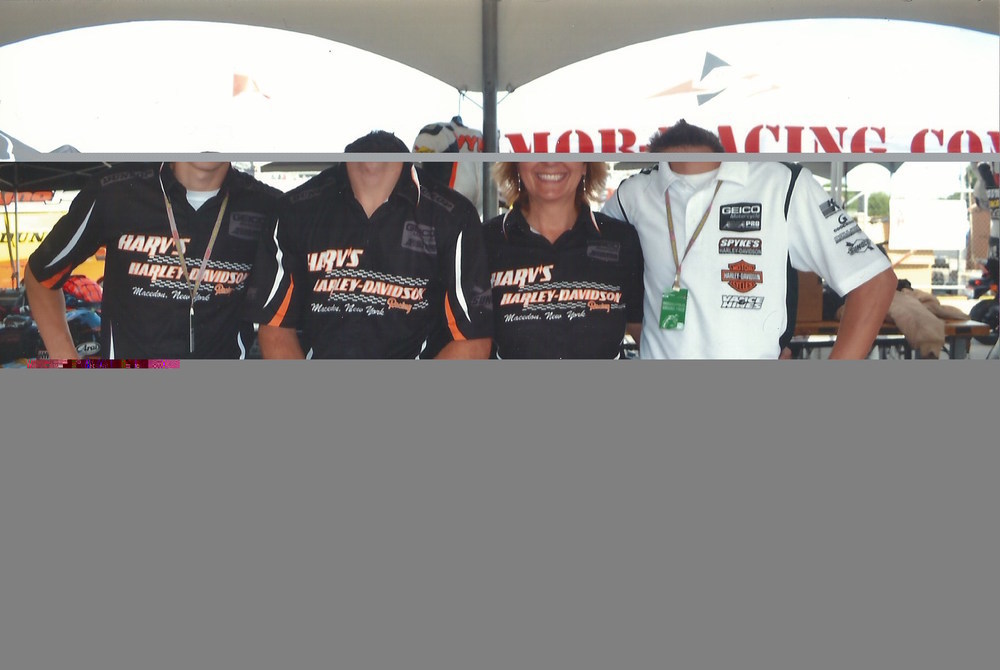 Five years ago this month Harv’s HD was busy preparing our XR1200 for the new Harley-Davidson Road Racing Series! I was Double E! Extreme Excited! Racing my bike of choice – Harley-Davidson! It may not be the thrill of the XR750 in the dirt, but it was most definitely going to be a wild ride on the asphalt. And what a ride we had for five years! 2010 was the inaugural year for the XR1200 and also the Wyman brothers’ first year riding on different teams. Kyle was ready to gain as much knowledge and experience about the road racing world as possible and made a deal to ride with RMR. Travis continued to ride for Harv’s HD/Wyman Bros. Racing. But back to the wild ride!

The XR1200 handled like a bucking bronco and was hard to tame! The first year was a tangle of trial and error, working the bike to calm the entry and exit. Some changes worked, most didn’t. There were torn up bikes, broken bones, and bruised egos. Eventually, the bike was sorted out and each team and rider had their own variation of what worked for them! The racing itself was fierce! It was definitely the most exciting race of the weekends with close finishes and nonstop action. Standing at the wall of Road America and watching the thundering Harleys roar down the straight inches away from each other, waving and tapping each other as they draft past is a sight to behold. I will seriously miss those moments.

In 2010 not many of the XR1200 teams knew each other. By the end of 2014, there were life-long friendships made. That’s a benefit of being a part of the Harley-Davidson world – we’re all family. We may be competitors, but we’re there for each other whether it be a win or a loss.

It was a memorable five years, and I am so proud of my sons, Kyle and Travis and their accomplishments. The XR1200 series was Kyle’s foundation to establishing his own race team and along the way he made it onto the podium over 15 times with six wins on his KWR XR1200! Travis was one of the youngest riders in the series but showed no mercy to the “old guys.” His consistency paid off, and he was awarded 2nd overall in points in 2010 and 3rd overall in points in 2013!

Congratulations to all the riders and teams on your accomplishments. Hope to see you at the races!

Thank you Vance & Hines, Harley-Davidson, Lenny Albin, and AMA. To all the techs who turned a wrench on my boys’ XRs, I appreciate and respect what you do and thank you for your dedication to my boys and their safety. And last but not least, thank you Kyle and Travis for giving me some of my most memorable racing experiences on the Harleys! Travis on pole at Daytona – Kyle front row too! The side by side racing and drafting! The wins, the losses, the joy, the pain, the tears, the laughter. Five years of family memories to last a lifetime. Farewell XR1200.

See you all at the races!