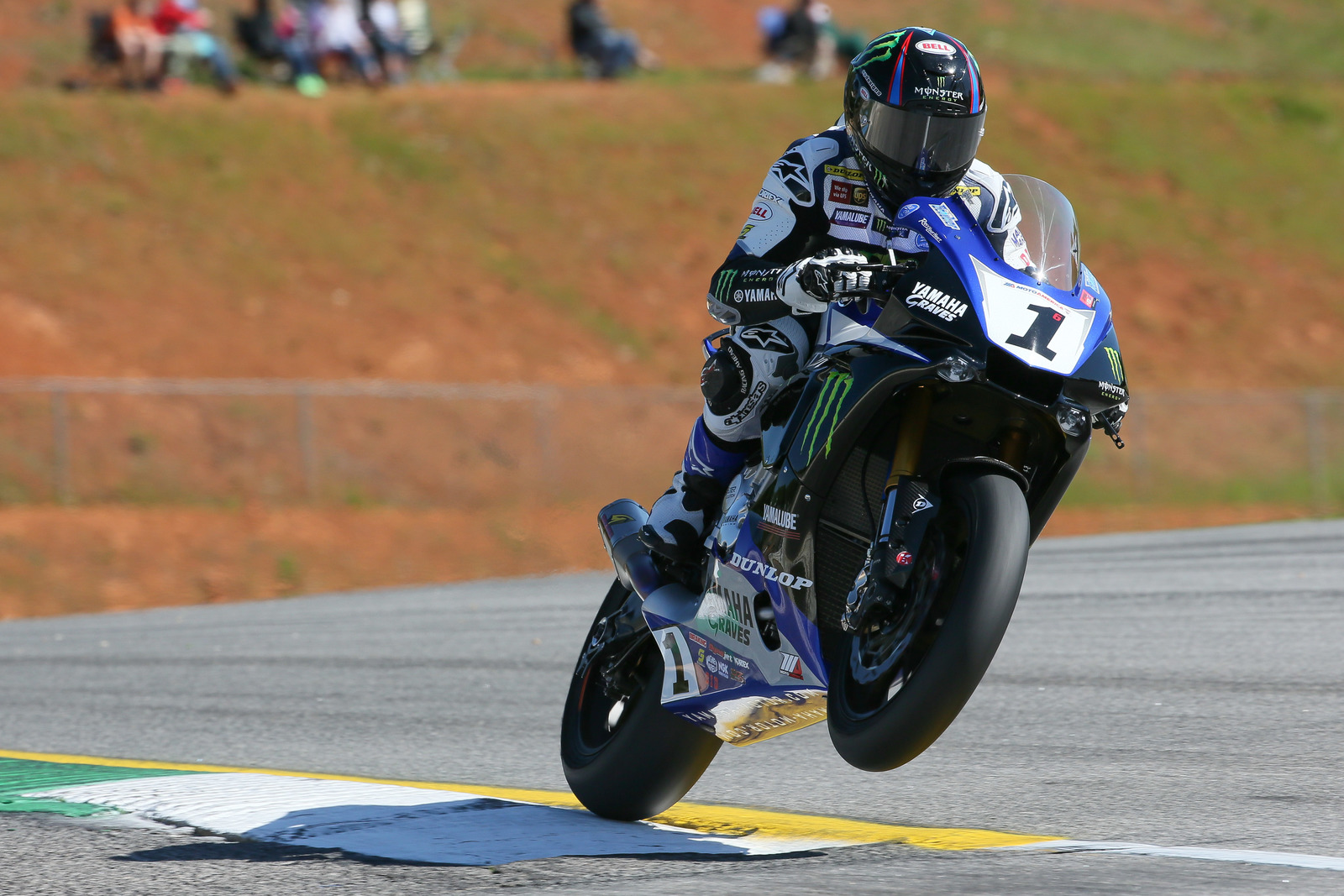 Lowes and Beaubier Head for “Home” Race at Donington Park

Alex Lowes and the UK-based Pata Yamaha Official WorldSBK Team are gearing up for their home race of the 2016 MOTUL FIM Superbike World Championship season next week as the series heads to Donington Park on the Leicestershire border for round seven. Lowes will be joined by Yamaha USA rider Cameron Beaubier while Sylvain Guintoli continues his rehabilitation following his Imola accident in late-April.

Based just 20 minutes from the Derby circuit, Lowes counts Donington as one of his all-time favourite tracks and even a high-side in Sepang a fortnight ago couldn’t keep the British rider from racing in front of his home fans. Having received surgery to plate his left clavicle, broken in two places, this Wednesday following a race-two accident in Malaysia, Lowes has been undergoing rehabilitation and physiotherapy in the ensuing days in a bid to compete in next weekend’s 23-lap races.

American Beaubier will partner Lowes for the ACERBIS-sponsored UK races. The 23-year-old Californian convincingly won the 2015 MotoAmerica Superbike Championship title in only his second year in the competition, beating four-time champion and Yamaha teammate Josh Hayes, with eight race victories to his name. Beaubier is excited about crossing the Atlantic and the prospect of racing on British-shores – having previously competed at the Derby circuit during his 125cc GP career – and will be looking to get to work quickly on Friday as he acquaints himself with the WorldSBK-spec YZF-R1 as practice begins at 10:15 local time.

Affectionately known as the heart of British Motorsport, Donington Park has hosted racing since the 1930’s. Set in the grounds of the majestic Donington Hall Estate, on the Leicestershire/Derbyshire border, the modern-day circuit allows ample viewing options across the 4,023m layout with a new infield camping zone opening for the 2016 races. Breath-taking racing and last corner battles are common-place, with Lowes having claimed a podium-position here in his debut year on the world stage.

“I’m really looking forward to my home race at Donington as I love riding in front of the British fans. Obviously it’s a race against time for me to be fit – the operation went well to fix the collarbone and clean up my damaged fingers so now it’s going to be about recovering as much as possible before next week and trying to compete. It means so much to me to try and ride, as a team we have had a slightly difficult start to the new project but we are all giving everything, the last few races have been progressing nicely so I am determined to keep improving for Pata Yamaha, and the whole Crescent team. I want to send a massive thank you as always to all our sponsors and ask them to please get behind us in what will be a difficult home race! I am determined to give it my all and look forward to seeing you all there!”

“I feel really fortunate that the Pata Yamaha Official WorldSBK Team is giving me this opportunity to be a part of the team for the weekend while Sylvain is healing up. I’m also thankful that Yamaha US is allowing me to do this in the middle of our season! It will be a tough weekend with lots of learning but I’m going to do my best and have fun!”

With a couple of weeks off between rounds four and five of the 2016 MotoAmerica AMA/FIM North American Road Racing Championship, the timing was right for Cameron to fly to England and climb aboard the Pata Yamaha WorldSBK YZF-R1. He will be teamed with Pata Yamaha Official WorldSBK rider Alex Lowes next weekend at Donington Park on the Leicestershire border for round seven of the Superbike World Championship.

Commenting on the exciting opportunity for the 23-year-old rider from Roseville, California, Cameron said, “I feel really fortunate that the Pata Yamaha Official WorldSBK Team is giving me this opportunity to be a part of the team for the weekend while Sylvain is healing up. I’m also thankful that Yamaha U.S. is allowing me to do this in the middle of our MotoAmerica season! It will be a tough weekend, with lots of learning, but I’m going to do my best and have fun!”

“This is a great opportunity for Cameron,” McCarty said. “It’s a perfect example of how our Yamaha bLU cRU rider support program is working to prepare and promote Yamaha riders here in the U.S. to compete on the world stage. Cameron raced in a round of the German Superbike Championship last year, and competing for the Pata Yamaha Official WorldSBK Team at Donington next weekend will be another big step in his racing career. All of us at Yamaha U.S. are proud of Cameron, and we’ll definitely be cheering him on!”

Also, check out “YamahaMotorUSA” on your favorite social media site.