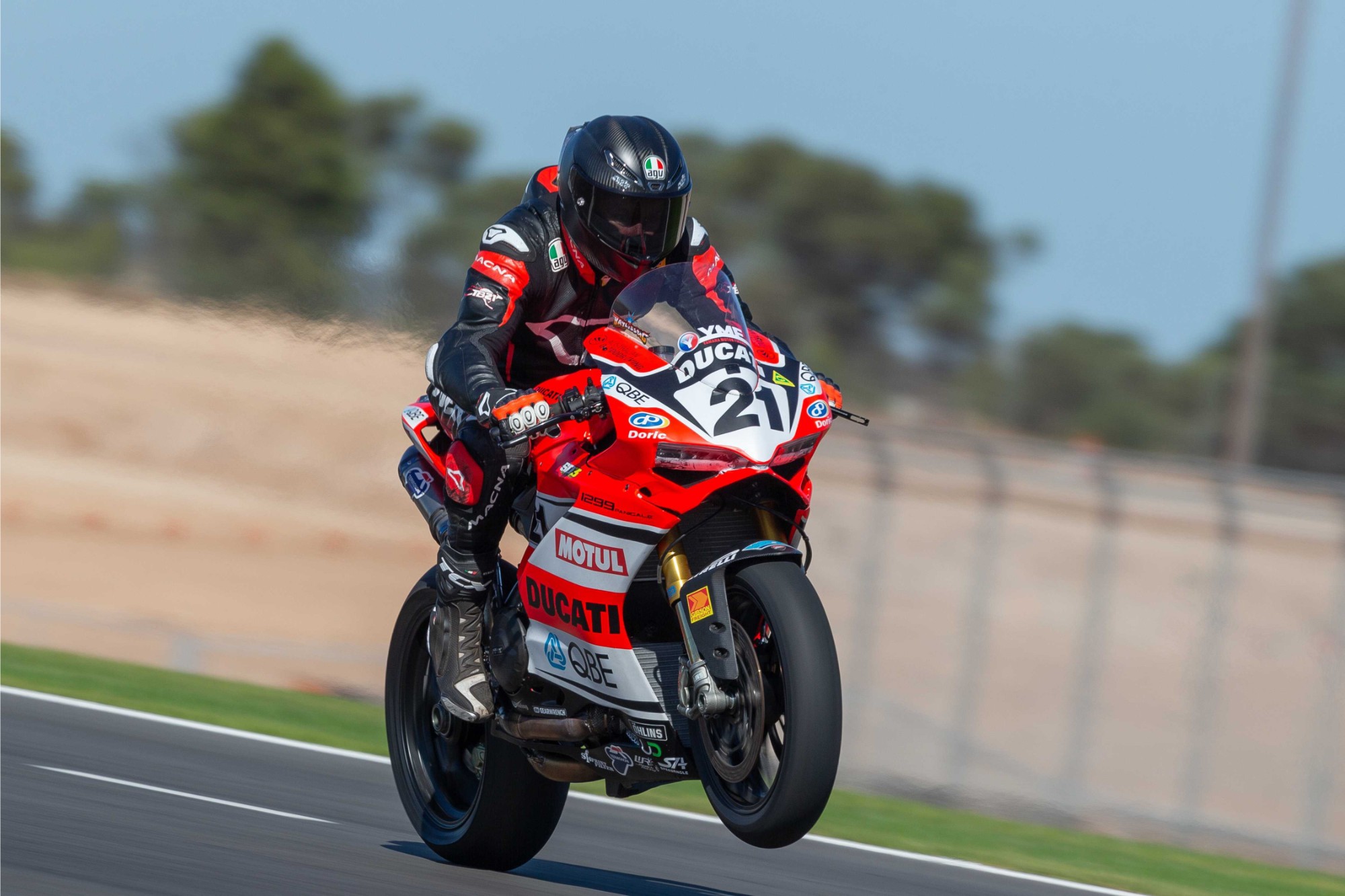 Troy goes Baylistic during ASBK Practice at The Bend

Superbike legend Troy Bayliss (Desmosport Ducati, 1299 Panigale) has smashed the YMI Superbike lap record during practice day at The Bend Motorsport Park. Conditions couldn’t have been much better at the brand-new circuit and riders were once again raving about the layout of the track itself. It’s all setup for a pulsating weekend of racing with Qualifying sessions taking place tomorrow for the Yamaha Motor Finance Australian Superbike Championship presented by Motul Pirelli (ASBK) alongside the FIM Asia Road Racing Championship (ARRC).

YMI Superbike
Bayliss has ASBK fans from around the world filled with excitement as the three time WorldSBK Champion went fastest for Thursday practice day. This is his strongest showing in practice conditions so far this year and a victory could be on the cards should he maintain his blistering pace. Although the second practice session was cut short due to a red flag, Bayliss was still happy to be fastest on day one.

Bayliss sharing; “It’s really nice to come back to The Bend after a very successful test. I’ve had a great few weeks of training. I’ve almost felt like a prisoner of war the way I’ve been preparing for this weekend’s race! The Ducati is working really well at the moment and we haven’t really changed a lot since the test a few weeks ago. Overall, we need to work on race distance but generally I feel really good on the bike.”

In third was the reigning YMI Superbike Champion, Josh Waters (Team Suzuki ECSTAR, GSX-R1000R). He will be eager to get a victory on the board and attempt to overtake his rival Troy Herfoss (Penrite Honda, CBR1000SP) in the title standings.

Rounding out the top five was Wayne Maxwell (Yamaha Racing Team, YZF-R1M) and Herfoss, who were the pacesetters in the Official ASBK Test.

Qualifying one tomorrow will be interesting to witness as it truly is anyone’s game this weekend. 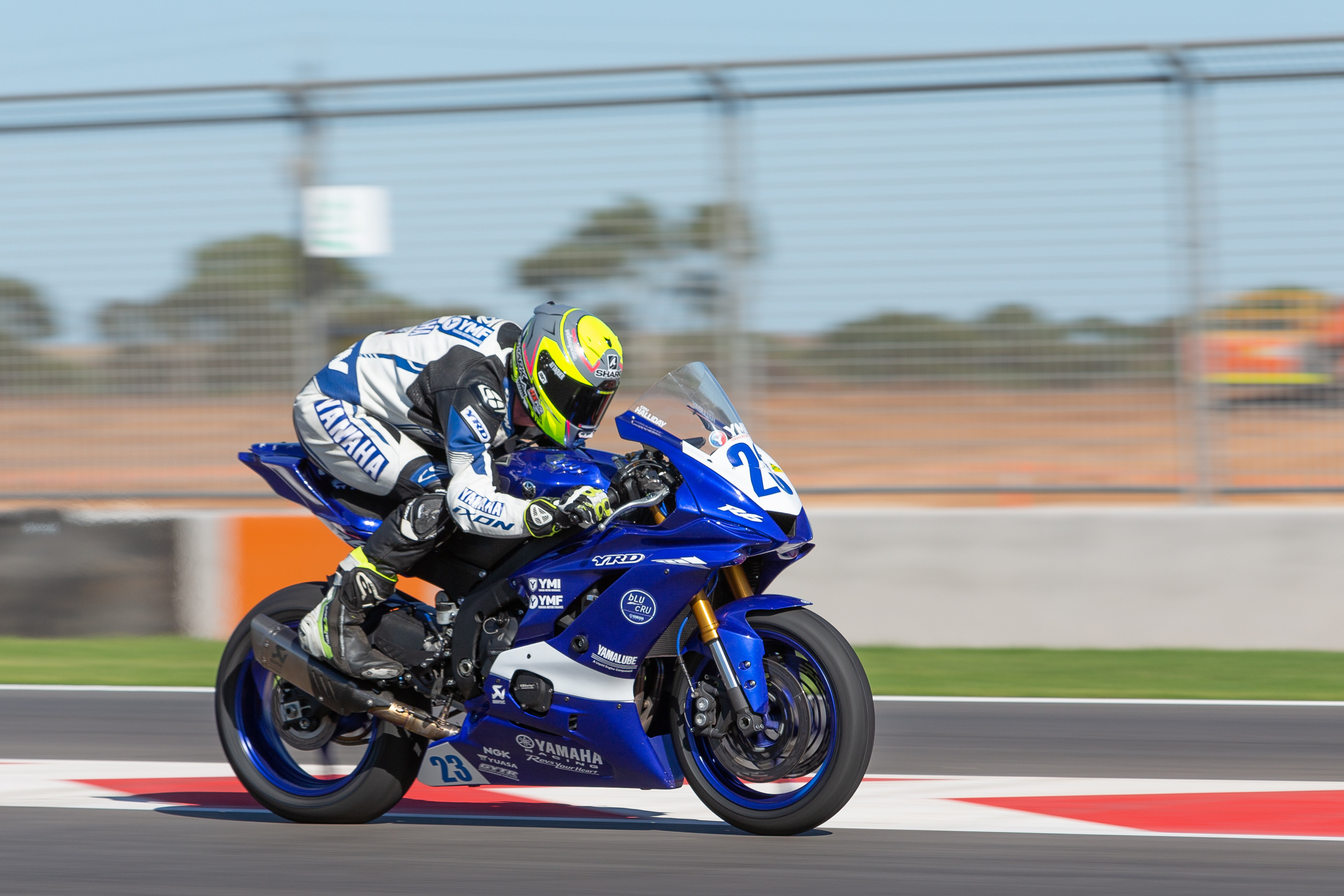 Kawasaki Supersport
It was a showcase of domination from Cru Halliday (Yamaha Racing Team, YZF-R6) as he rocketed his Yamaha to the top of the timesheets. The factory rider managed to pull a 1.379 gap to his nearest rival Tom Toparis (Cube Racing, Kawasaki ZX-6R).

Cru saying; “I’m feeling really smooth out there. The guys at Yamaha really have the bike dialed in. Still trying to find a few lines out there on the track but the bike is unreal. We actually put in a race simulation at the end and we got very decent life out of the tyres. I think the car race from last weekend has laid down a lot of rubber on the track. Times are definitely going to drop and hopefully we can grab that pole position.

“I don’t want to count my chickens early however. I would like to think we could grab the championship lead from Tommy but this is racing and either of us could make a mistake. Let’s see what the weekend brings.”

Toparis has some work to do to catch up to Halliday’s pace, but he noted that if he could stay within striking distance anything is possible when the racing gets underway. 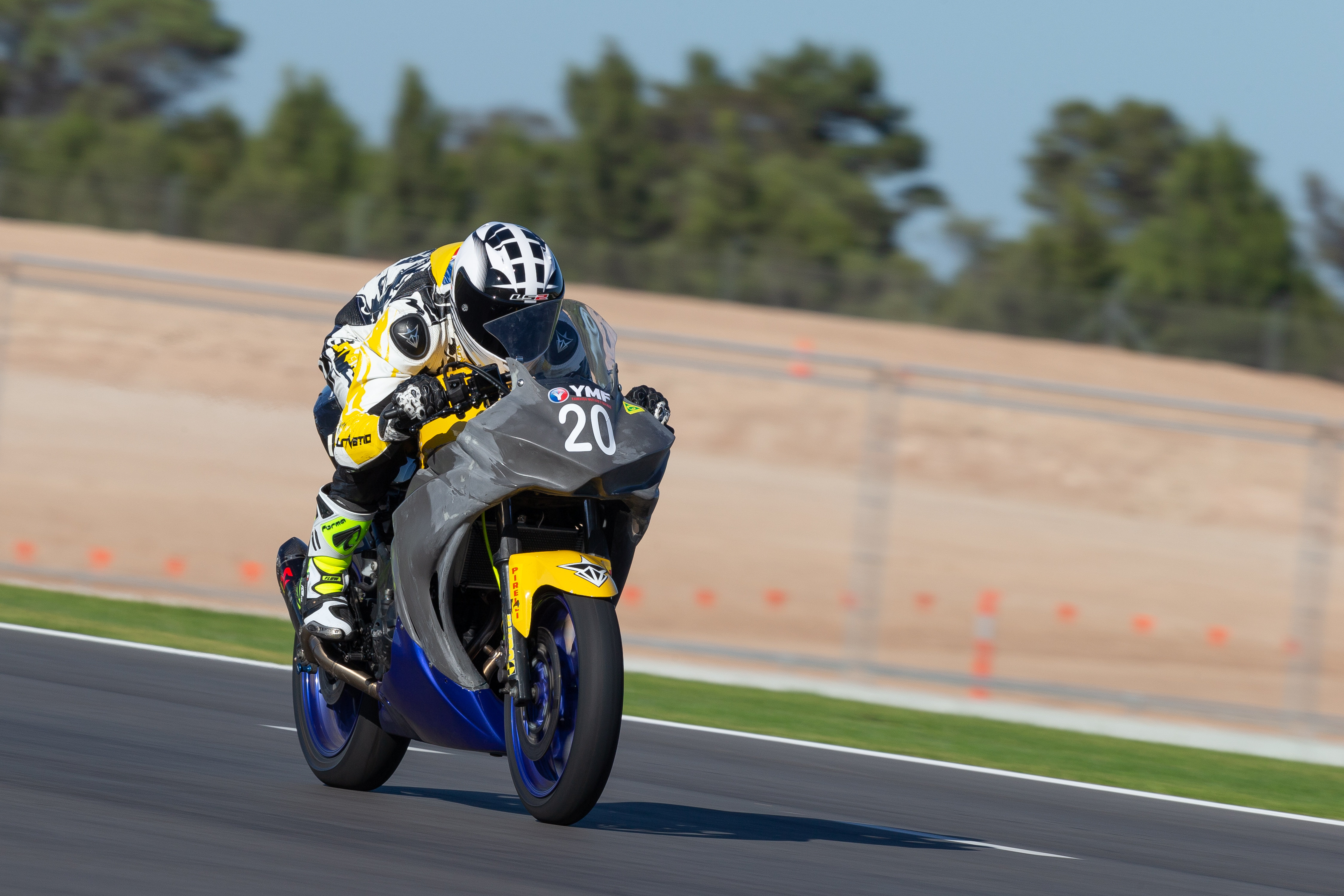 Ford stating; “We’re definitely feeling strong out there on the Yamaha. The track and bike does feel different to the test but that’s probably because more rubber has been laid down. Hopefully we’ll be just as strong tomorrow, I really want to push for victories during the races. We’re very close to the limit at the moment.”

Strong contender, Tom Bramich (YRT, Yamaha YZF-R3) is gelling well with the track and is well within striking distance of Ford, a further .283 behind on pace. There is no doubt he can challenge for victory when the lights go out on Saturday and Sunday.

Local rider, Oliver Simpson (SA, Yamaha YZF-R3) was one of the big talking points out of the practice day finishing in third. As a former Red Bull Rookies Rider, there is no doubt he brings a strong wealth of experience from international competition. Simpson was a further .387s off the leader.

Make sure to attend Round 3 of ASBK at The Bend Motorsport Park tomorrow by purchasing tickets at ASBK.com.au. Tomorrow will kick off qualifying preceding’s and will provide a proper benchmark for who will be on the pace come race weekend! 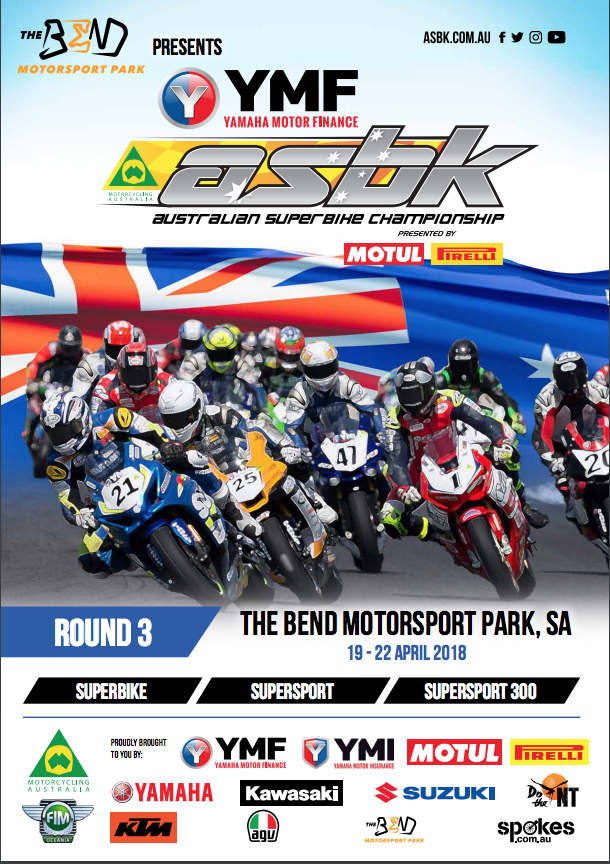 ASBK is pleased to announce the arrival of the digitalised Official ASBK Round 3 Program.

The program can be found on the website ASBK.COM.AU.