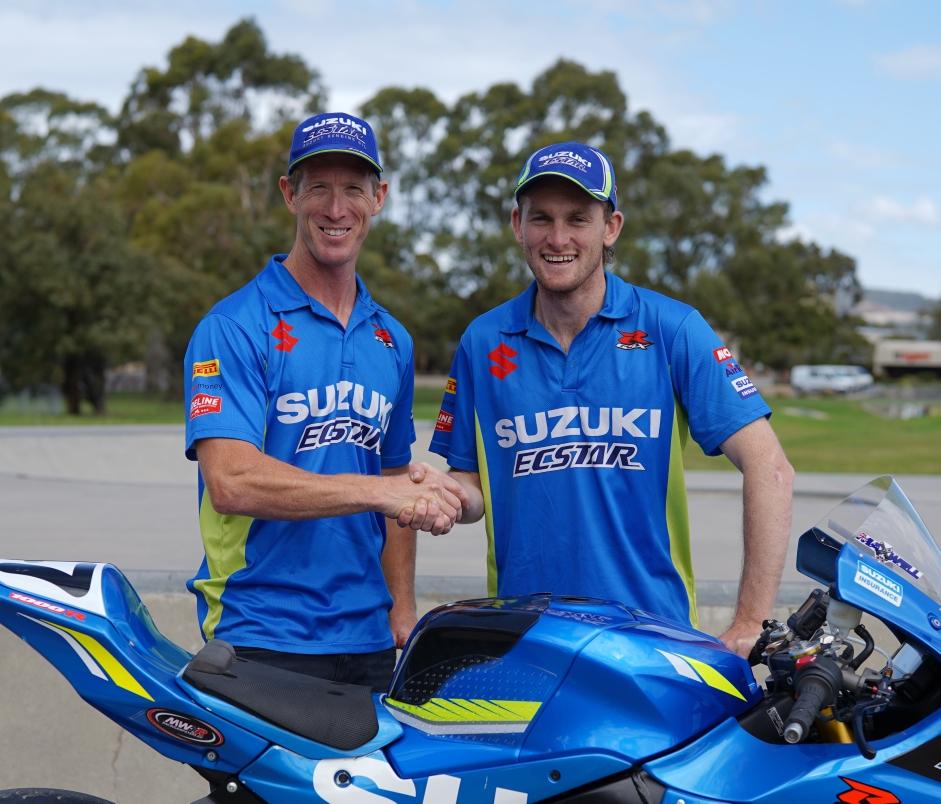 Also confirmed is Alex Phillis, who will also race on Suzuki machinery. Alex, the son of multiple Australian Champion Robbie Phillis, will gain the benefits of having two multiple champions, and the support of Team Suzuki ECSTAR Australia just next door at each and every ASBK round in 2019.

“I’m really excited about the team’s future. We’ve seen our championship grow, and in turn, we’ve also been able to grow with it. Josh is a class rider capable of winning every time he’s on the bike, while Wayne has, on numerous occasions, placed himself in the mix to win the championship, year in and year out. I think it’s clear that this line up shows our intention to win back the ASBK title! Further to that, I’m just as excited to be able to announce our support of Alex Phillis in 2019. While he will remain a satellite rider, and will be pitted alongside the team, Alex will gain a lot of the benefits of a Team Suzuki ECSTAR Australia rider.”

“It’s great to be a part of a championship, and a team that is growing. I returned to Australia and raced with Team Suzuki ECSTAR Australia as the sole racer in 2017, so to secure my next two years with the same team, where we’ve already had such success, alongside two other racers in 2019 is awesome. Our entire crew is motivated to win, so I’m looking forward to hitting the track at round one, alongside World Superbikes at Phillip Island in February.”

“Heading into 2019 and Team Suzuki ECSTAR Australia almost feels like coming home. Warren has been my race mechanic for many years, so to be re-united with him, under the watch of PTR and the entire crew at Team Suzuki ECSTAR Australia is a great feeling. There’s always work to do, but I’m more motivated than ever to be on the top step of the podium in 2019 and beyond.”

“Racing a superbike at this level is challenging on so many levels, so to have the support of Team Suzuki ECSTAR Australia, PTR and all the team partners is a great confidence booster. Josh and Wayne are both class racers, and I have the opportunity to benefit from their experience and reach my own goals in the 2019 season.”