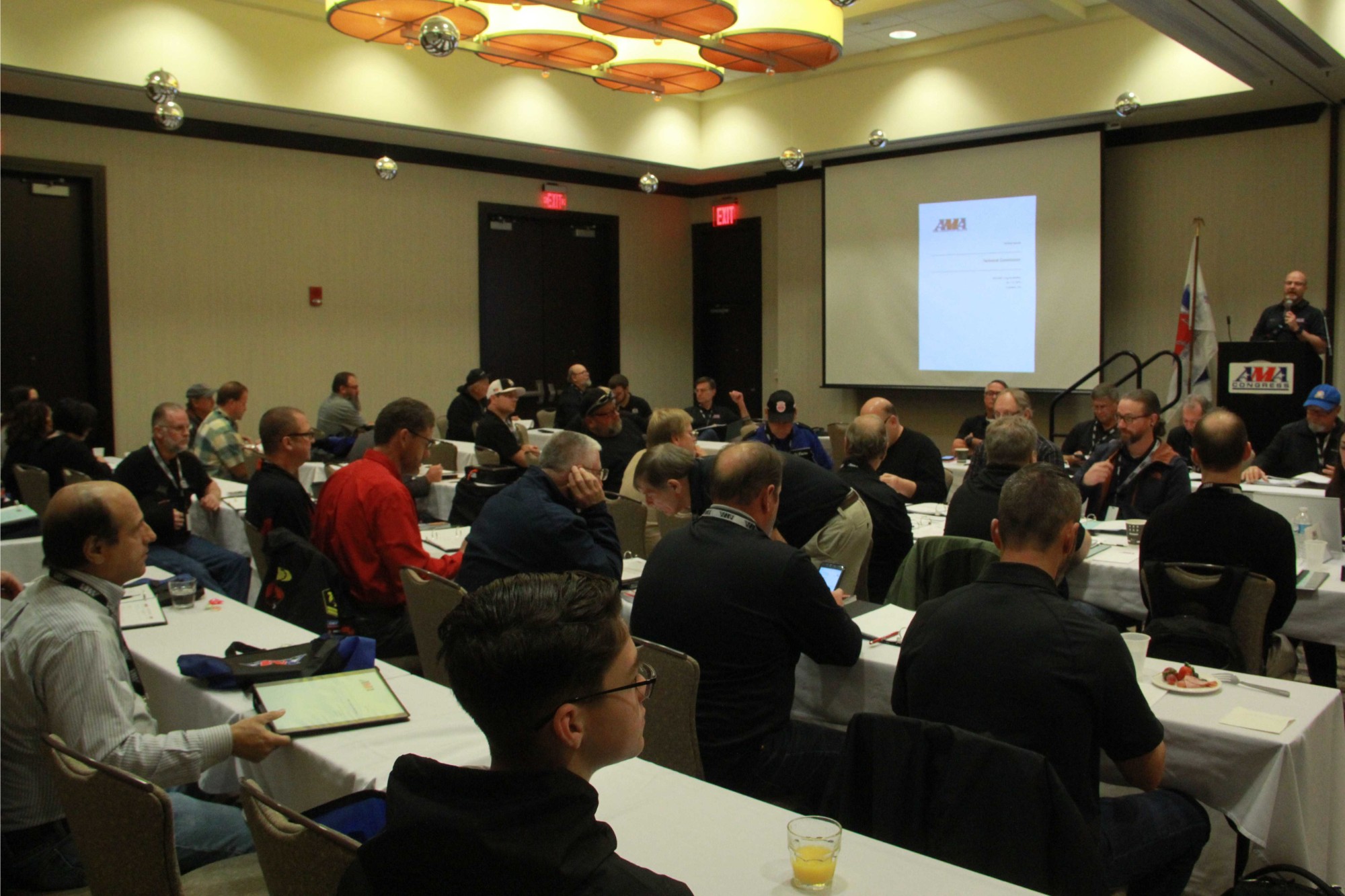 The event marked the first meeting of AMA Congress in its commission format.

“The first meetings of the new AMA Competition Commissions were a success,” AMA Director of Racing Kevin Crowther said. “This new format allows more detailed and informed rule-making for each AMA competition discipline, as well as a wide range of input on issues affecting multiple disciplines.”

The commission chose to table a resolution concerning electric motorcycles for youth and equipment standards for electric motorcycles, choosing, instead, to form a working group that will research and create rules for consideration for the 2020 AMA Racing Rulebook.

Members of the AMA Medical/Safety Commission discussed several initiatives for the coming year, including requirements for medical services/personnel at AMA-sanctioned competition events.

Another part of the AMA Congress was the first meeting of AMA State Chapter coordinators, led by AMA State Chapters and Volunteer Manager Marie Wuelleh. The group established objectives for 2019 that include increased communication with AMA members and more cooperation with state motorcycle rights organizations.

Wuelleh also led a workshop for trainers in the AMA EAGLES volunteer program.

More information about AMA Commissions is available at www.americanmotorcyclist.com/For-Members/AMA-Commissions.