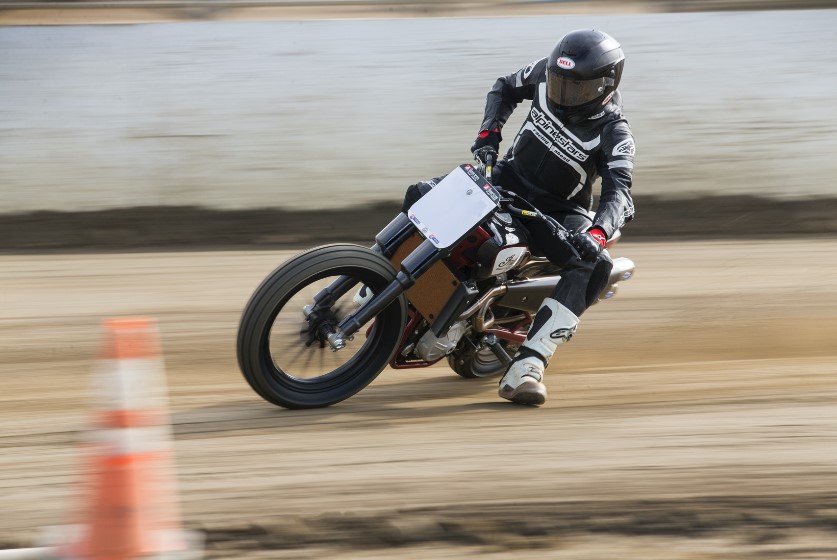 Gillim’s diverse experience across road and dirt racing have made him a force to be reckoned with in TT racing formats, with Singles class wins at Springfield TT and Buffalo Chip TT in 2017. For this reason, Cycle World will have Gillim competing in this season’s remaining TT races. Expectations are high for Gillim to provide a viable challenge to the series’ preeminent TT riders, including Indian Wrecking Crew rider and 2017 reigning champion Jared Mees, along with 2017 Buffalo Chip TT Twins class winner Briar Bauman, and Henry Wiles, who is currently tied with the most consecutive wins all-time at Peoria with 13 in a row.

“I couldn’t be more excited to have the opportunity to compete in the Twins class and run the Scout FTR750,” said Gillim. “I’ve had great success in TT’s, and I’m excited to put my skills to the test against TT killers like Henry and Jared. I’m not going to make any crazy guarantees, other than that it’s going to be a ton of fun taking on the best in the game.”

Cycle World’s “Man in a Van with a Plan” series originated two years ago with the goal of connecting motorcycle enthusiasts with Gillim, an up-and-coming racer on his journey racing the MotoAmerica series while traveling from race to race in his van.

“We’re thrilled that Cycle World and Hayden are continuing the ‘Man in a Van with a Plan’ series and doing so on the Scout FTR750,” said Gary Gray, Vice President – Racing, Service & Technology for Indian Motorcycle. “It’s a fantastic program that the fans really enjoy, as a wonderful showcase for the Scout FTR750, the excitement of American Flat Track racing and the gritty lifestyle of the professional privateer.”

The cousin of Nicky and Roger Lee Hayden, Gillim grew up in Owensboro, Kentucky, racing flat track from age three. Gillim, 23, has won dozens of flat tracks and roadracing championships and was selected in 2009 to race the MotoGP Red Bull Rookies Cup Series in the U.S. and Europe. Gillim also currently competes in the MotoAmerica National Championships.

Be on the lookout for Gillim’s 2018 AFT “Man in a Van with a Plan” video series at CycleWorld.com and on Cycle World’s social media channels: Facebook & Instagram. Gillim will document his training, preparation and highlight races from the Buffalo Chip TT, Peoria TT and Springfield Mile II.