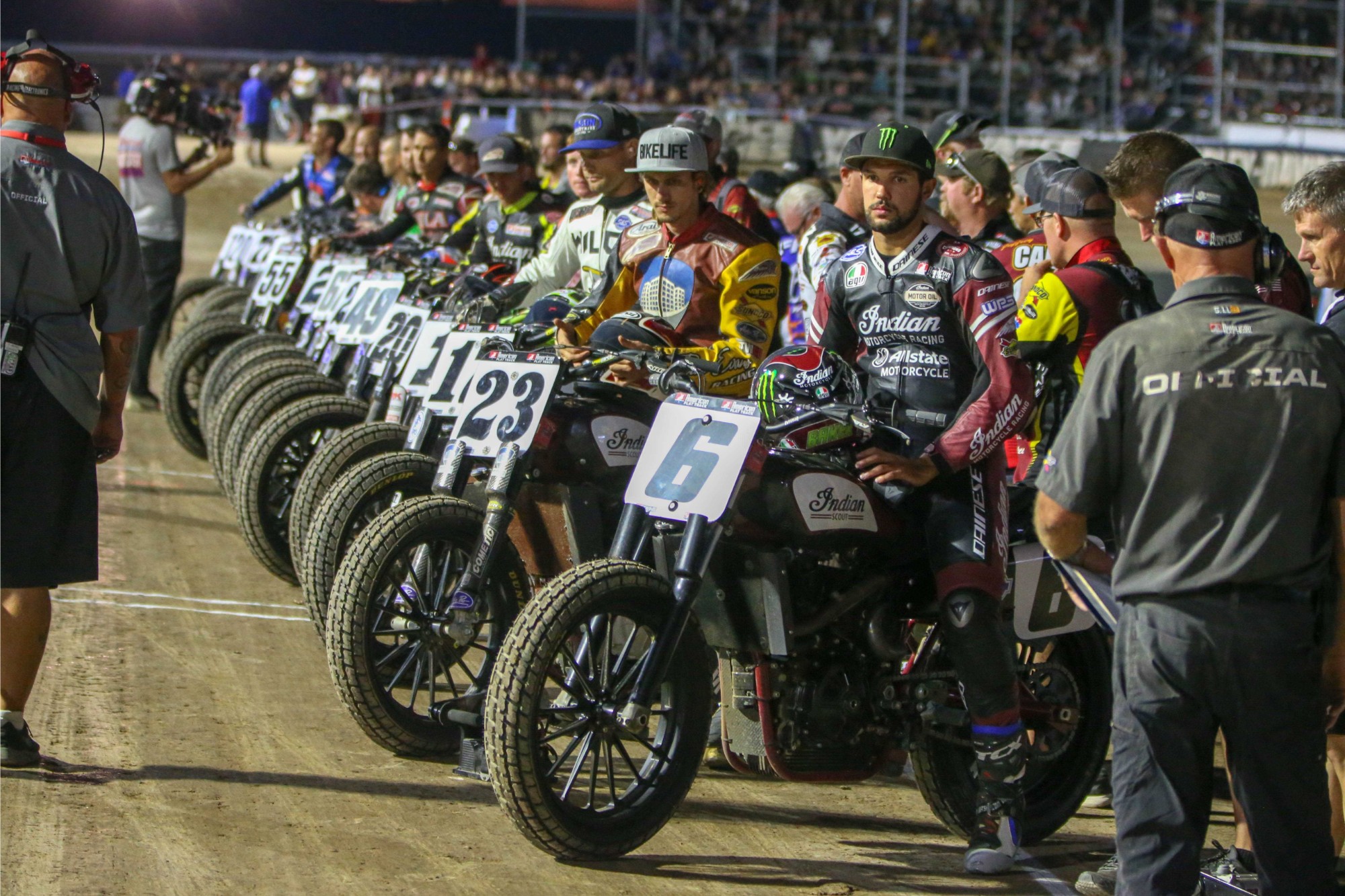 DAYTONA BEACH, Fla. (July 10, 2018) – On June 13th it was announced that for the first time in its illustrious 25-year history, the Goodwood Festival of Speed was rolling out the red carpet for the world’s premier flat track motorcycle series – American Flat Track. Further, that AFT would field a heady contingent of riders during the Festival’s 25th Anniversary celebration July 12-15, including Jared Mees, Brad Baker, Shayna Texter and Jeffrey Carver Jr. – with newcomers Chad Cose and Britain’s own Oliver Brindley taking over for late scratches Bryan Smith and Danny Eslick. (A seventh rider, who will replace Stevie Bonsey, who was mildly injured and who will not make the trip to Goodwood, will be announced tomorrow on AFT’s Facebook page.)

Certainly no one can accuse American Flat Track of not taking full advantage of the 2018 season’s summer break.

And now, with the world-class event just days away, the full slate of megastars who will be attending is coming together – and trust us, it’s a mind-blowing list.

Allow us a moment to catch our breath… Did we mention NASCAR legend Richard Petty or F1 podium finishers Jochen Mass, Martin Brundle and JJ Lehto? How about Pink Floyd drummer and founding member Nick Mason? How about the legendary Sammy Miller? Or 23-time Isle of Man winner John McGuinness? Or that Porsche will be celebrating its 70th Anniversary during Goodwood’s 25th Anniversary celebration?

That’s just a fraction of the complete lineup, and we didn’t even start in on an equally iconic list of vehicles, which includes the dynamic debut of Toyota’s new NASCAR-spec Supra racer, driven by Toyota chief engineer Tetsuya Tada. (Trust us … the list is massive, and breathtaking.)

So on Thursday at the Duke of Richmond’s lush, southern-England estate, American Flat Track’s own superstar lineup will be rubbing elbows with some pretty lofty company instead of just each other down Springfield’s or Sacramento’s front and back straights. Someone better warn Fogarty and Co. to think twice before trying to swap paint with AFT’s best!

Post-Goodwood, American Flat Track will storm back into action in early August with two events in the span of three days. The Buffalo Chip TT presented by Indian Motorcycle will take place in Sturgis, S.D., on August 5, followed up closely by the Harley-Davidson Black Hills Half-Mile presented by Law Tigers Motorcycle Lawyers at Black Hills Speedway in Rapid City, S.D. Live coverage of the Buffalo Chip TT can be viewed on Fanschoice.tv beginning at 4:00 p.m. ET with Opening Ceremonies scheduled to kick off at 7:30pm ET. Tickets are on sale now and can be purchased at http://www.buffalochip.com/EVENTS/Moto-Stampede. Tickets for the Harley-Davidson Black Hills Half-Mile can be purchased at http://www.buffalochip.com/EVENTS/Moto-Stampede.