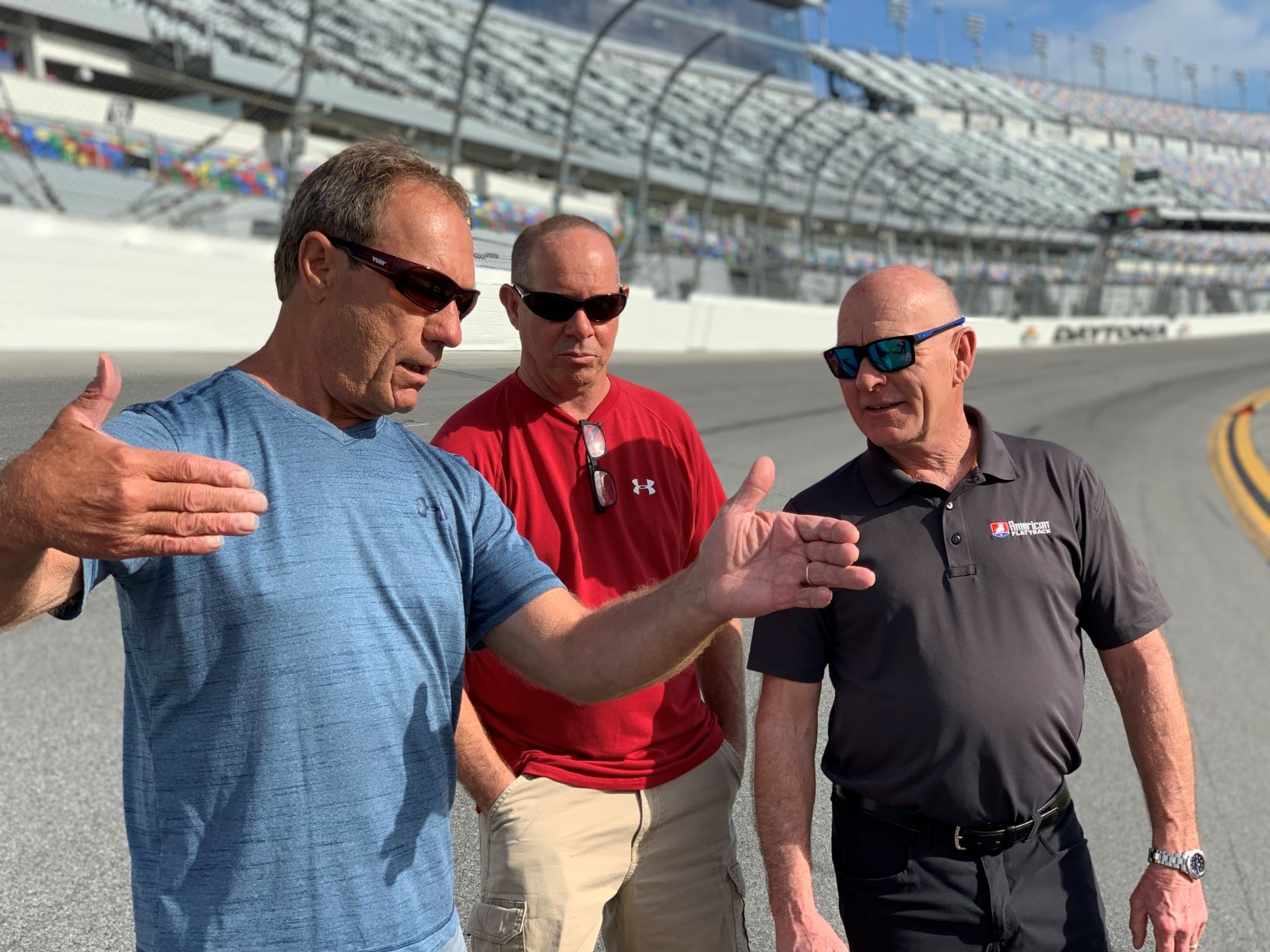 Series officials recently announced that this year’s track design for the season-opener at Daytona International Speedway would include both dirt and asphalt portions, which presented a unique set of design challenges. To allow AFT to fine tune the transitions between dirt and asphalt, track building crews began laying down the specially-designed dirt for the TT course in the corners on either end of the tri-oval just 24 hours prior to Thursday’s test. To provide feedback for the finalization of the design, nine-time AFT champion Scotty Parker, three-time AFT champion Jay Springsteen and AFT Twins presented to Vance & Hines competitor Johnny Lewis suited up to dial in the all-important portions of the track in consultation with AFT officials, including fellow AMA Hall of Famer Steve Morehead.

Although it meant foregoing the opportunity to compete in this year’s DAYTONA TT, Lewis volunteered to throw a leg over both a KTM SX450-F and an Indian Motorcycle FTR750 to test the lines, limits and angles of the transition sections. Another legend, Kevin Atherton, provided his Harley-Davidson XR750 to the fleet of motorcycles for the test.

“It’s an exciting time for the sport, it reminds me of a couple of years ago when Indian and Harley were starting to battle on the track,” said Parker. “Fans and riders have to be excited about this new track design. I’ve already got my ticket!”

“It’s going to be a super fast track,” added Springsteen. “This looks like it’s not going to be a really technical course, but a high-speed one with plenty of areas for riders to pass. I think it’s great to run on the pavement and the dirt – we did it years ago at Carlsbad for the Superbikers. It’s going to be a great show. I wanted to keep riding it!”

“Being able to ride on the actual Daytona International Speedway tri-oval and cross the legendary finish line felt surreal,” said Lewis. “The racing is going to be intense. Adding the banking gives so many different racing lines on and off the dirt. Fans can look forward to watching riders use the asphalt’s consistent racing surface to get creative with the transitions.”

With over a century of combined professional experience at its disposal, American Flat Track officials, riders and community were able to confidently finalize the track design for what will certainly be the most-exciting season opener AFT fans have ever seen.

AFT’s 2019 season-opener will be held under the lights on Thursday, March 14 at Daytona International Speedway.

American Flat Track will kick off its highly-anticipated 2019 season with the Bigger, Better, and Faster DAYTONA TT presented by Russ Brown Motorcycle Attorneys roaring into action under the lights of the Daytona International Speedway on Thursday, March 14, 2019. Tickets start at just $35 online ($45 at the gate) and are available for purchase now at www.americanflattrack.com.

NBCSN and FansChoice.tv are the official homes for coverage of American Flat Track. For the 2019 season, NBCSN’s coverage of AFT moves to highly-coveted, weekend afternoon programming slots within two weeks of each event. The complete schedule for AFT on NBCSN will be released in the coming weeks. FansChoice.tv remains a cornerstone of AFT’s digital strategy, providing live streaming coverage of every event on AFT’s live page while previous events and exclusive features are available on AFT’s VOD page.