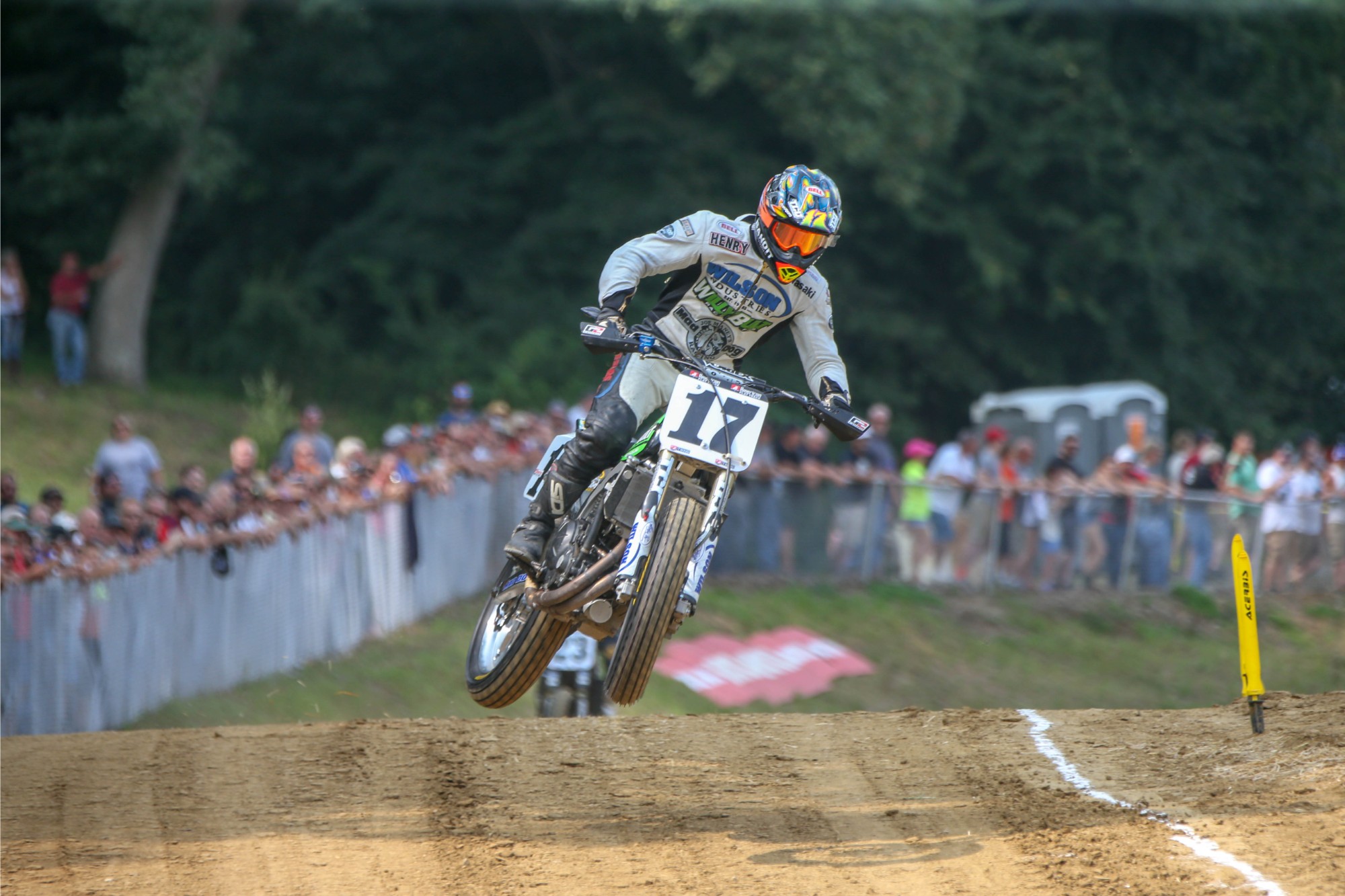 Who Will Reign in Wiles’ Absence at the 73rd Peoria TT?

DAYTONA BEACH, Fla. – American Flat Track continues its jam-packed August with a trip to Peoria, Ill., for the 73rd running of the Law Tigers Peoria TT presented by Country Saloon this Saturday, August 17.

Among the most storied and prestigious events on the tour, the Peoria TT is set in Peoria Race Park’s natural amphitheater, offering amazing sight lines and spectacular action. This year’s 5/8-mile course will feature a redesigned jump section, designed and constructed in collaboration with AFT partner Caterpillar and the Peoria Motorcycle Club.

Of all the races on the 2019 AFT schedule, none had a winner’s name already penciled in before the start of the season like the Peoria TT. “King Henry” Wiles (No. 17 Bandit Industries/DPC Racing/Wilco Racing Indian FTR750) in large part built his legend with his annual masterclasses at this race, entering 2019 with an astonishing 14-race win streak in the premier class at the Peoria TT.

However, the battle for victory has been blown wide open as a result of a lower-leg injury suffered by Wiles at the Black Hills Half-Mile, which will keep him sidelined for this year’s edition.

Emerging as a TT titan in his own right, JD Beach (No. 95 Estenson Racing Yamaha MT-07 DT) has won all but one TT in 2019. A bout of bad luck at the DAYTONA TT kept him from racing in the Main Event: after a wreck in the Semi, he was unable to use a provisional start in the Main once Jarod Vanderkooi had already claimed the 17th spot. Beach has since shown consistency and dominant speed at both the Arizona Super TT and Buffalo Chip TT, making him one of the most likely contenders this weekend at Peoria.

AFT Twins presented by Vance & Hines title rivals Briar Bauman (No. 14 Indian Motorcycle/Progressive Insurance FTR750) and Jared Mees (No. 1 Indian Motorcycle/Progressive Insurance FTR750) also sit likely to fill the void. Championship leader Bauman provided Wiles a stiff challenge in Peoria a year ago en route to a second-place finish, while Mees has finished as the race’s runner-up to Wiles on numerous occasions over the years.

Even though Wiles is out, his counterpart in the Roof Systems AFT Singles presented by Russ Brown Motorcycle Attorneys class will be looking to add to his own decorated Peoria TT history. Jesse Janisch (No. 132 Roof Systems Dallas TX/Öhlins Yamaha YZ450F) boasts three career Peoria TT wins (‘15, ‘17, and ‘18) of his own. Additionally, he’s been in tremendous TT form throughout the 2019 season, racking up three victories in the hybrid discipline (DAYTONA TT, Arizona Super TT, and Springfield TT) this year alone.

While Janisch will likely be viewed as the pre-race favorite, the three pilots ahead of him in the AFT Singles championship standings — Dalton Gauthier (No. 122 D&D Cycles/Gobert Smash Husqvarna FC450), Dan Bromley (No. 1 Red Bull KTM Factory Racing 450 SX-F), and Mikey Rush (No. 15 RMR Honda/Red Riders Rewards Honda CRF450R) — all have the capability of gunning for victory on any given weekend, including at the TTs.

Another rider to keep close tabs on is all-around dirt ace Ryan Sipes (No. 264 Red Bull/Leatt/KTM 450 SX-F), who was victorious just over a week back at the Buffalo Chip TT.

Tickets for the 73rd Law Tigers Peoria TT presented by Country Saloon are on sale now here. Tickets are just $25 if purchased in advance and $30 if bought at the gate the day of the race. Kids 12 and under will be admitted for free. VIP access is available for $125.

Catch the feature broadcast of the Peoria TT on NBCSN with flag-to-flag coverage of both Main Events, enhanced by exclusive features and cutting-edge aerial drone and onboard footage. The broadcast will debut on Saturday, August 31, at 7:00 p.m. ET/4:00 p.m. PT and will re-air on Wednesday, September 11, at 2:00 p.m. ET/11:00 a.m. PT.