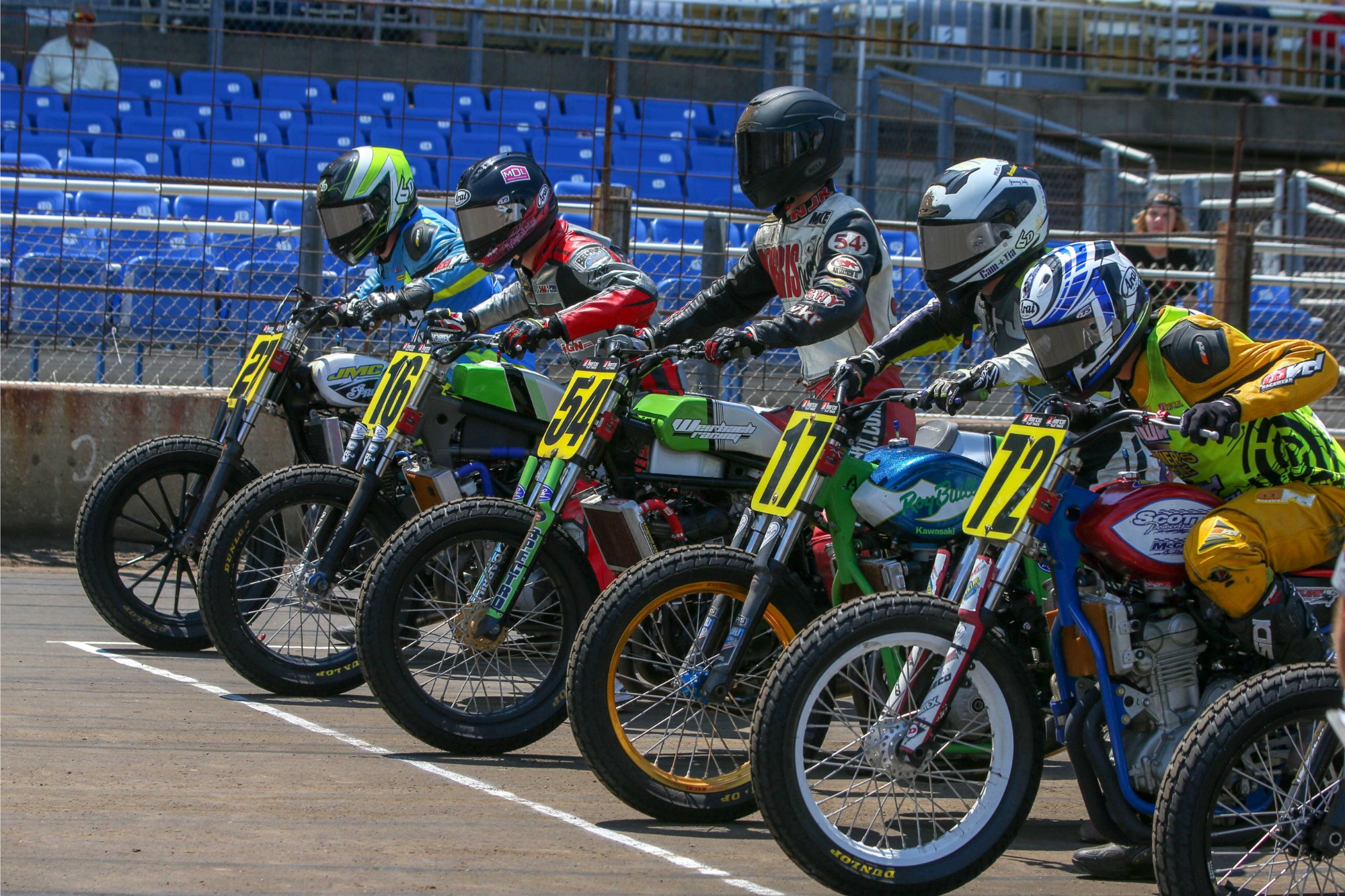 DAYTONA BEACH, Fla. (November 15, 2018) – American Flat Track confirmed today the details of its expansion of the AFT Production Twins division for the 2019 season. AFT Production Twins will compete at all Half-Mile and Mile tracks on the schedule – a total of eleven events – and will constitute a full-fledged championship class, complete with a #1 plate going to the rider amassing the most points at the end of the season.

Intended to serve as a transition between AFT Singles and the premier AFT Twins presented by Vance & Hines class, AFT Production Twins will give up-and-coming athletes the opportunity to gain valuable seat time and experience on faster, more powerful AFT Twins motorcycles as they consider their future as full-time AFT Twins competitors. It also offers twin-cylinder opportunities to AFT Singles-licensed riders that may have ridden AFT Twins in past years but hadn’t scored championship points.

Both the FansChoice.tv live stream and the NBCSN telecast will feature the AFT Production Twins as part of their coverage in 2019, so fans following the action and riders looking for exposure opportunities will appreciate and benefit from the expanded coverage.

“Since the AFT class restructuring in 2017, AFT Twins and AFT Singles classes have served up spectacular racing action,” said Michael Lock, CEO of American Flat Track. “As the sport continues to grow we have identified an opportunity for a third championship class – to showcase upcoming new talented riders prior to them joining the elite athletes of the sport. At all Half-Mile and Mile tracks in 2019, fans will get to witness even more of America’s Original Extreme Sport.”